One of the Married At First Sight brides was hospitalised on Monday just hours before the season premiere went.

Booka Nile, whose wedding is expected to air this week, went to the emergency room after injuring her hand. 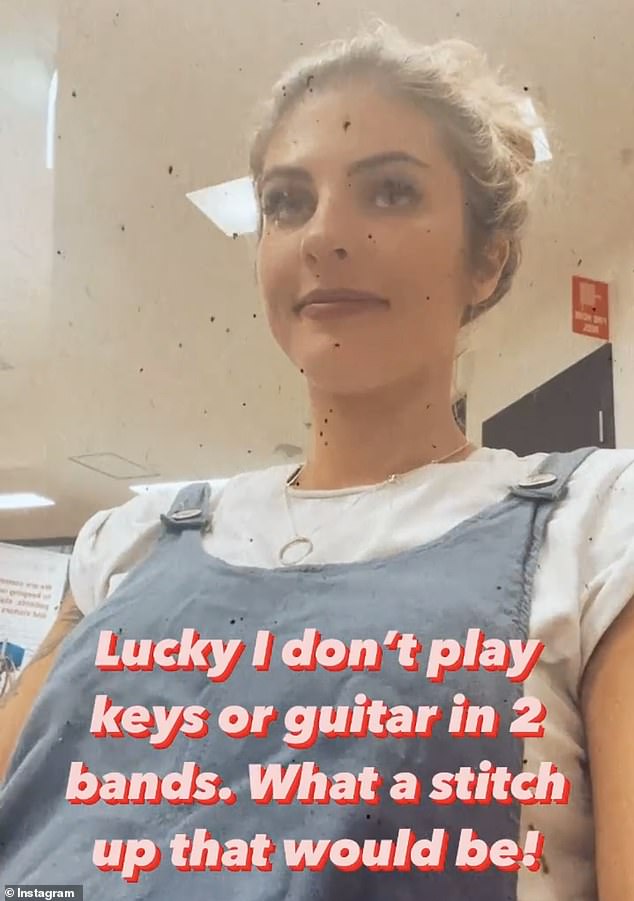 Oh no! Booka Nile (pictured), 31, missed out on watching the premiere of the eighth season of Married At First Sight on Monday, after injuring her hand and having to check into a hospital’s emergency department

Booka, who also works as a mental health specialist, captioned the footage: ‘Haha of course this is how my night has ended up.’

Booka was joined by her friend Matt ‘Falcy’ Falcon.

‘Hey Falcy, do you think my ice glove is really beautiful?’ she asked, before showing off her ‘ice glove’ to the camera. 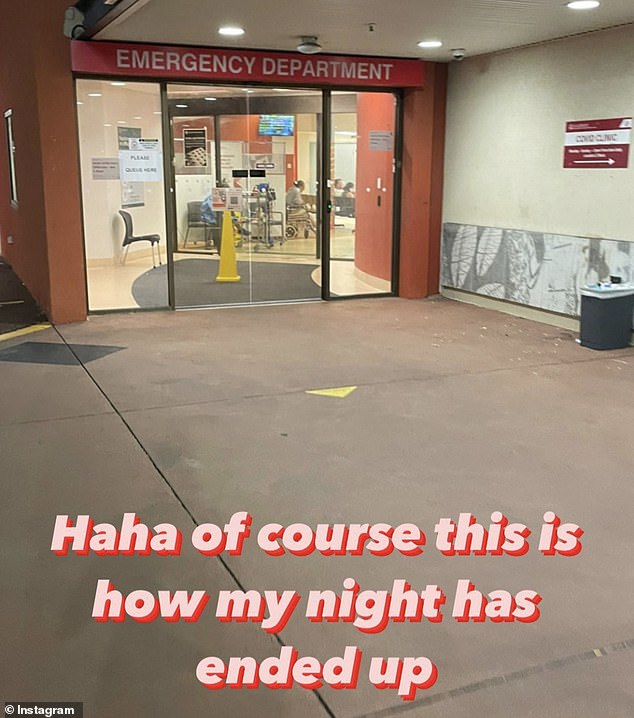 ‘Haha of course this is how my night has ended up’: Booka shared a series of pictures and videos to the Stories of a private Instagram account, where she was seen walking into an emergency department

‘Hey Falcy, do you wish you were wearing an ice glove?’ she added, as her pal pretended to sleep.

Booka’s ‘ice glove’ was not an actual bandage but instead a plastic Woolworths bag filled with ice. 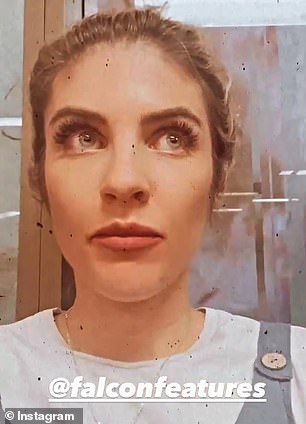 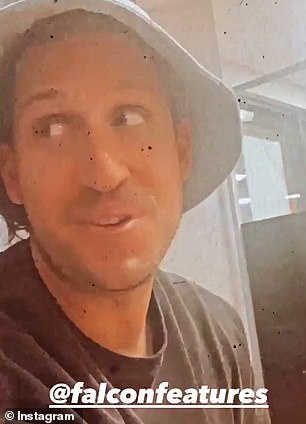 Was she by herself? Booka was with friend Matt ‘Falcy’ Falcon (right), who accompanied her and listened to her ramblings. ‘Hey Falcy, do you think my ice glove is really beautiful?’ she asked, before showing off her ‘ice glove’ to the camera 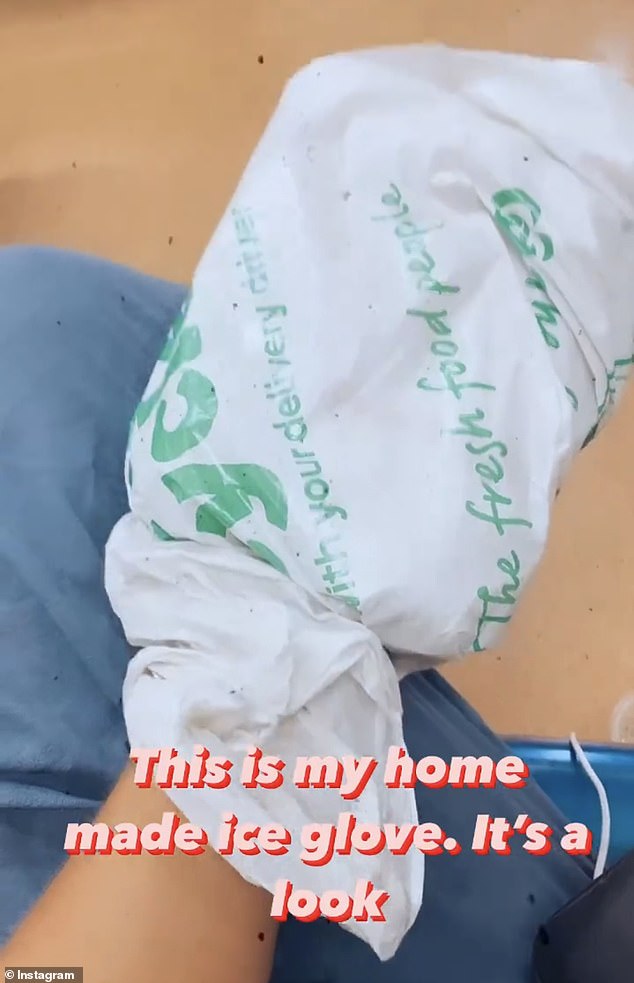 Protecting her injury: While the pair were seated in the waiting room, Booka flaunted the ‘ice glove’, which appeared to be her hand wrapped in a plastic Woolworths bag

‘This is my home-made ice glove. It’s a look,’ she captioned another video.

‘Lucky I don’t play keys or guitar in two bands. What a stitch-up that would be!’

Booka’s injury comes shortly before viewers will watch her wed a stranger on Married At First Sight, which continues Tuesday at 7.30pm on Channel Nine.

Monday’s season premiere was a ratings hit, with more than a million viewers tuning in across the country for the first two weddings. 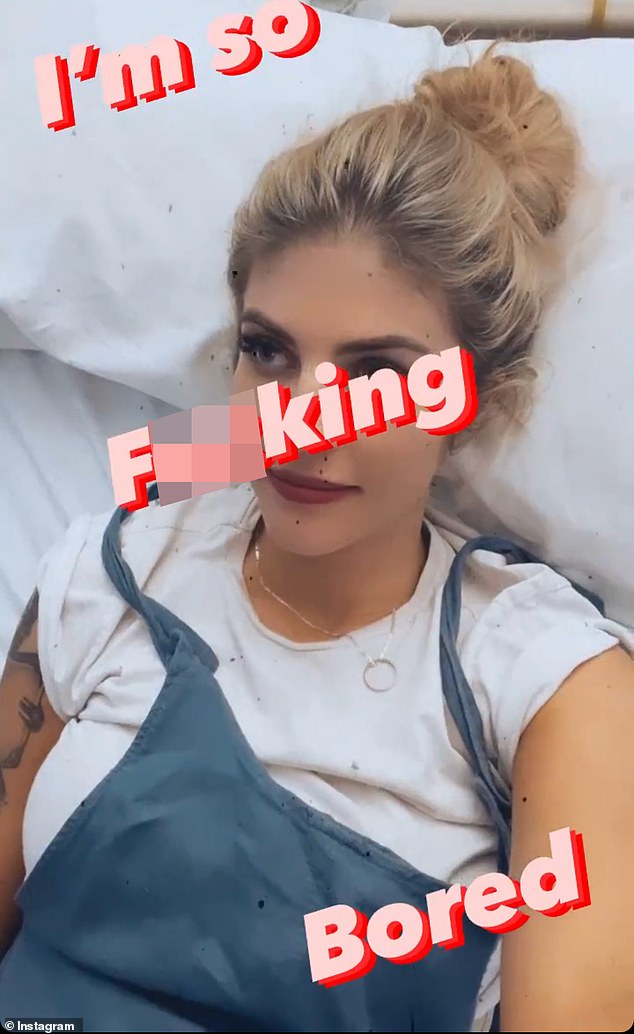 Details: Booka’s injury comes just days before she is set to get married on Married At First Sight, which will continue on Tuesday at 7.30pm on Channel Nine

Inside Laura Jayes’ $3.2million Bondi home as it goes to auction on Saturday

Canadians Try to Solve the Enigma of Hard Butter

Police in Malta Say Arrests Are Complete in Journalist’s…

Armenia in an Uproar, as Its Prime Minister Warns of an…

Inside Laura Jayes’ $3.2million Bondi home as it goes…

D.C.’s Mayor Mourned Covid’s Unequal Toll. Her Sister Is the…

The Impact and Influence of Tiger Woods: Here. There.…

Lawmakers Clash Over Call for Special Panel to Investigate…