Verdict: Pop with bark and bite 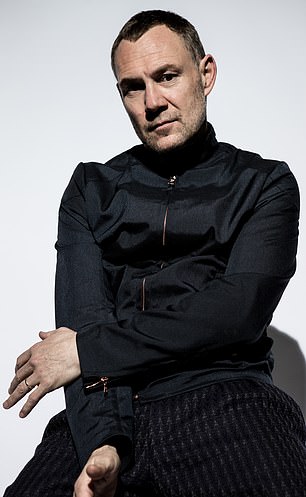 When David Gray topped the charts with his fourth album White Ladder two decades ago, he was seen as the mild man of rock

When David Gray topped the charts with his fourth album White Ladder two decades ago, he was seen as the mild man of rock.

His shimmering electronic songs were regarded by some as little more than a backdrop for polite dinner parties.

That sniffiness didn’t stop him from securing two further No.1 albums, and he didn’t rest on his laurels, either. He adopted a more ambitious outlook on subsequent releases and his restless spirit is to the fore again on 12th album Skellig.

As well as selling more than three million copies in the UK, White Ladder remains the best-selling album ever in Ireland, and the Pembrokeshire-raised singer- songwriter, 52, looks to the Emerald Isle for inspiration here.

The album is titled after the windswept Skellig islands, just off the coast of County Kerry. Now uninhabited, one of the rocky outcrops was home in medieval times to an isolated monastery which featured in recent Star Wars films.

And, while Gray’s album was recorded before the world fell into reflective silence last spring, its themes of solitude and escape chime perfectly with the slower pace of life in lockdown. ‘It was time to travel out across the misty waters,’ he says.

Skellig was put together in Edwyn Collins’s fittingly remote studio in the far north of Scotland, with quarantine overdubs added later in London by Gray and his co-producer Ben de Vries (son of soundtrack composer Marius de Vries).

Built around piano, cello, guitar and the stunning, six-part harmonies of Gray and his band, the songs are cinematic.

Like several numbers here, the title track revolves around a series of tuneful verses that ebb and flow. It feels like a campfire song — or an excerpt from the score of a mystical Celtic film. On Dun Laoghaire, the scene shifts to Dublin Bay and ‘rainy nights as black as Guinness’. 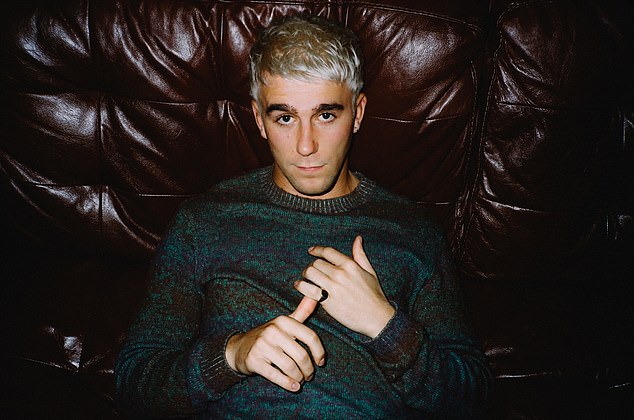 It’s the only track that edges towards Irish-themed cliché in the manner of Ed Sheeran’s Galway Girl. Luckily, the acoustic sea shanty is lifted by its impressive, choral vocals.

Elsewhere, No False Gods incorporates phrases from Scottish nature poet Nan Shepherd, and House With No Walls finds Gray awed by the power of nature as he watches ‘a fish flashing silver jumping clean out of the lake’. Gray doffs his hat to former glories. Heart & Soul contains hints of White Ladder’s electronics. All That We Ask For is a memorable ballad.

The fact that he’s been stockpiling these tracks for some time is highlighted by Laughing Gas. The song was written in 2003, but has been held back until now. With Caroline Dale adding dramatic cello, it has found a perfect home.

Out digitally today, and on CD and vinyl in May, Skellig isn’t packed with big pop choruses. But it has a hypnotic quality that would have been lost had Gray added too many tempo changes. He wisely resists any temptation to break the spell.

The debut album by Reading-born singer, DJ and producer Sam Lewis chimes with lockdown life in an entirely different way.

Like the kitchen disco records of Dua Lipa, Kylie and Sophie Ellis-Bextor, Times seeks to lift our spirits with oven-ready dance rhythms. Lewis was a producer and co-writer on Lipa’s Future Nostalgia, and his own effort is a similar mix of high-tech disco and old-school floor-filling fare.

Lewis, 26, sings on the funky Back To Earth (an homage to Chicago house music), and Fall (a moody, electronic ballad in the style of Bon Iver or James Blake). 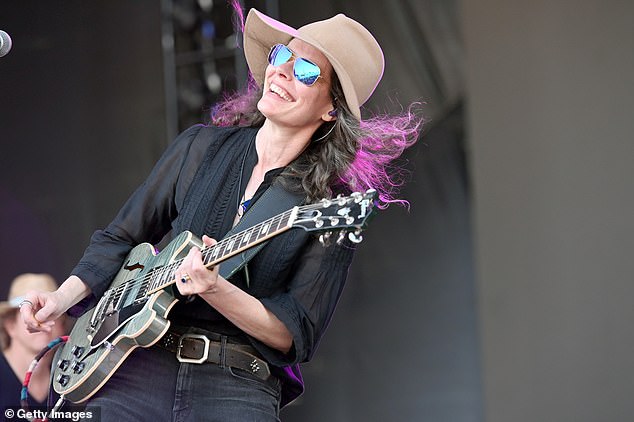 He also ropes in some impressive guests, with Robyn duetting with Los Angeles rapper Channel Tres on Impact, and Nile Rodgers adding signature guitar on the bouncy One More.

Best known for her 1988 single What I Am — and being married to Paul Simon, with whom she has three grown-up children — Edie Brickell rejoins her band New Bohemians on an album of Americana and breezy pop.

It’s only their fifth effort in 33 years, but there’s a collective assurance here that belies such a leisurely work rate.

Brickell, 54, falls back on her Texan roots on southern soul ballad I Found You, but her band’s default setting is country-pop.

There’s galloping electric guitar and honky-tonk piano on Horse’s Mouth, and a touch of bluegrass on banjo ballad Rough Beginnings, the feel-good tale of a former waitress striving to make something of her life.

But New Bohemians are at their best when they push beyond those country confines. Sleeve is a taut rocker and Don’t Get In The Bed Dirty a kooky rap track.

Brickell also cautions against reading too many self-help books on My Power, adding a sense of purpose to an album that suggests she has no need for such guidance herself.

All albums are out today. SG Lewis streams a live performance of Times at 8pm tonight. Tickets cost £15 (dice.fm).

How does Dua (continue to) do it?! 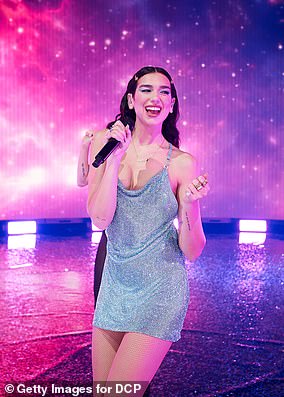 Future Nostalgia by Dua Lipa (right) is the disco gift that keeps on giving. The 2020 album has already yielded a remix LP and an online song-and-dance spectacular.

Another singer in reflective mood is Philadelphia firebrand P!nk, whose new single Cover Me In Sunshine forsakes her customary brashness for acoustic guitar and a simple drum machine.

The corny but enjoyable ballad, which harks back to happier days, allows P!nk to duet with her nine-year-old daughter Willow Sage Hart. Meanwhile, California soul man Aloe Blacc revisits last year’s All Love Everything album to rework his romantic piano and strings ballad I Do, this time as a duet with country-pop singer LeAnn Rimes.

And, with duets the order of the day, Australian indie star Amy Shark teams up with Keith Urban on new single Love Songs Ain’t For Us.

Co-written with Ed Sheeran and out today, the hook-heavy ballad, with Urban on guitar and vocals, is a taster for her forthcoming album Cry Forever, due in April.

How to Help Winter Storm Relief in Texas, Oklahoma and Louisiana

We Are Brothers, Oshiomhole Says, Embraces Obaseki In Edo

I Pray For God’s Mercy Before Hacking Into…

We Are Brothers, Oshiomhole Says, Embraces Obaseki In Edo