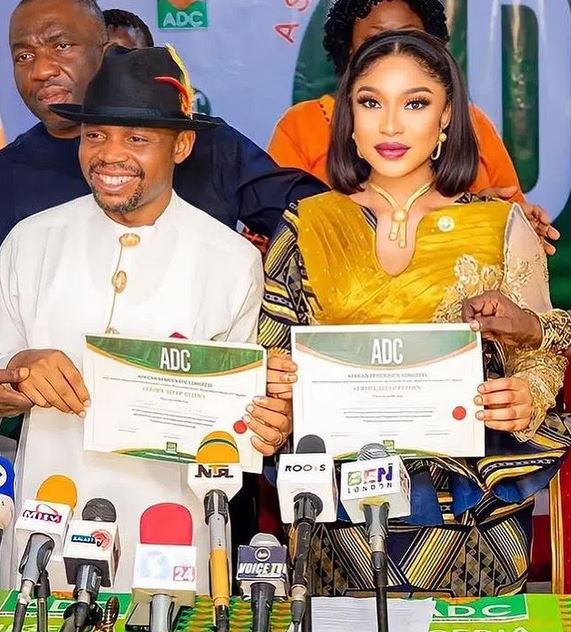 Nollywood actress, Tonto Dikeh who is also the deputy-governorship candidate of African Democratic Congress, ADC has stated that she has failed in life but in terms of leadership, she has achieved so much.

Days following the announcement as the running mate of the ADC gubernatorial candidate, Tonto Dikeh speaks on her mission as the prospective deputy Governor of the state.

The mother of one affirmed that she earned the position with claims of having trackable leadership experience.

“I have been tested critically in leadership through my organization Tonto Dikeh foundation and secondly through, an existing organisation, which is a community of youths in Mobilization and Sensitization which works through directly to the government to the youths. I have paid my dues when it comes to social activities,” she said.

“I know and that is something I have never been able to explain to a lot of people but I think now I have to because I have to take it out for my campaign name and initiative because I don’t want the traditional rulers to think me ahead of them. My ‘King’ comes as a result of my name, as a name gotten from my son. It is not a title in any way or form.”

“I am prepared for anything, truthfully. I have had three years to work on this, its not something that I just came out or emerged with.