‘They said it was horrific!’: Vernon Kay reveals his pals Ant and Dec warned him NOT to do I’m A Celeb for years before he braved the Welsh camp

By Bryony Jewell For Mailonline

Vernon Kay has revealed that his pals Ant and Dec warned him not to take part in I’m A Celebrity… Get Me Out Of Here! for years before he braved the show.

The TV presenter, 46, came third when he appeared in the 2020 season which was won by Giovanna Fletcher.

Speaking on the Sweat, Snot & Tears podcast, Vernon admitted he had a good idea of what to expect ahead of going into the Welsh castle as the show’s presenters had been very honest about all the ‘cockroaches and horrific things’ involved. 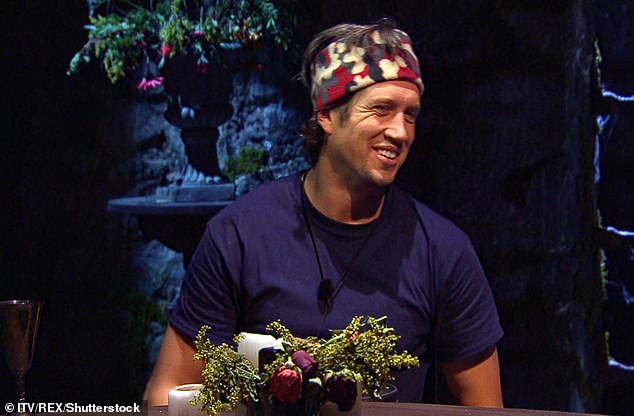 Funny: Vernon Kay has revealed that his pals Ant and Dec warned him not to take part in I’m A Celebrity for years before he braved the show (pictured on the 2020 series)

Asked if he had any idea how hard the show would be, he revealed: ‘I knew because I’m quite good friends with Ant and Dec.

‘We play golf on a regular basis. In previous years they’ve said, “Oh, it’s horrific, you don’t want to do what they’re doing mate”.’

However when he finally agreed to taking part in 2020, after being asked for ‘three of four’ years before, Vernon said the hosts were happy for him.

He said: ‘I phoned Dec and he said, “Just go in and enjoy it. You know what’s coming, there’s cockroaches, there’s horrific things, but just go in and embrace it and try to enjoy it”.’ 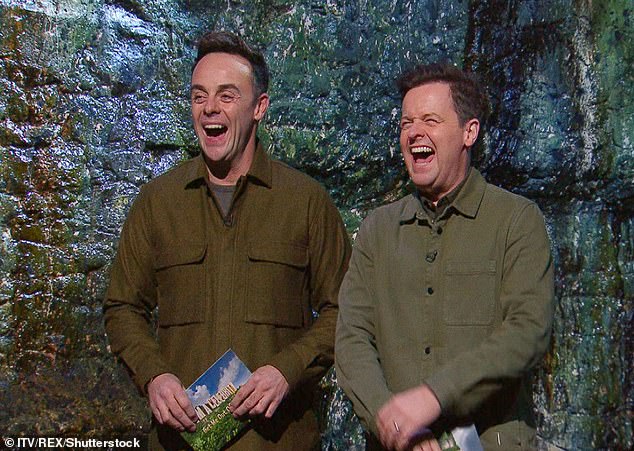 Real talk: The presenter said the show’s hosts had been very honest about all the ‘cockroaches and horrific things’ involved during a stint on the hit ITV series (Ant and Dec pictured)

Vernon continued: ‘I’m quite competitive. I don’t like walking away from a task or a challenge and feeling like I’ve not given 100 per cent and that’s the attitude I went in there with.’

The star also revealed that the questionable food and challenges weren’t even top of his worries list ahead of going into the camp.

He explained: ‘My main concern was the casting. I didn’t want any arguing or conflict or someone who was in there to create that environment or was a “look at me, look at me” type person, in there for more Instagram followers.

‘I wanted serenity.. and I guess I got it! Twelve people getting along so it would feel like us V the castle, and thankful that’s what we got.’

Reflecting on his time in the camp, Vernon continued: ‘We had some good debates, we had some really good, open conversations about everything.’

Vernon continued that he’s so thankful for the open conversations the campmates had, particularly praising ‘strong powerful woman’ Beverly Callard for talking about her ‘struggle’ with depression.

And admitting he really did have a wonderful time, he declared: ‘I loved it, honestly if they phoned me up tomorrow and said “we’ve got this I’m A Celebrity spin off” I’d be off to Wales tomorrow’.

The last series of I’m A Celeb went down so well with viewers that ITV are reportedly already arranged to use Gwrych Castle for the 2021 series, incase the show can’t return to Australia. 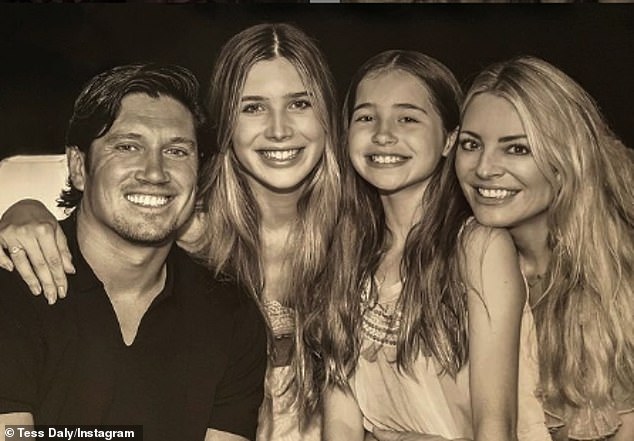 Family: Vernon also revealed that he was worried about potential ‘arguing or conflict’ ahead of doing the show, but was lucky to get ‘serenity’ (Pictured with wife Tess Daly and daughters Phoebe and Amber)

The ITV show relocated to Wales last year and saw great success with a huge 14.3 million people watching its launch on Sunday November 15.

Although TV bosses are said to be hoping to return to Oz this year, an insider has told The Sun last month: ‘Ultimately they are at the mercy of Covid-19 restrictions.

‘Formally an agreement is in place for the use of Gwrych Castle this year. Should the show need to be held there again it has all got the green light.’

They added that lots of work went into preparing the 202-year-old building ahead of the 2020 season so it means the ‘basics’ are ready if the show returns again.

MailOnline contacted representatives for I’m A Celeb at the time. 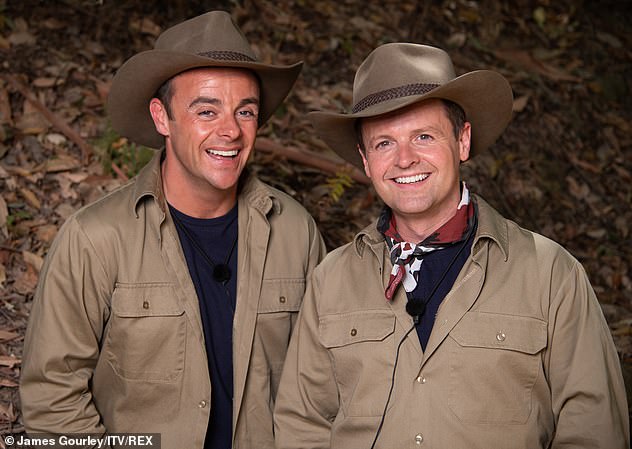 Going back for round two? I’m A Celebrity bosses have reportedly arranged to use Gwrych Castle in Wales as a backup for the 2021 series, incase the show can’t return to Australia (hosts Ant McPartlin and Declan Donnelly pictured during a previous series in Oz)

ABOUT US
DEENEWSLINE is your news, entertainment, Celebrity, Comedy Videos website. We provide you with the latest breaking news and videos straight from the entertainment industry.
Contact us: info@deenewsline.com.ng
FOLLOW US
© 2020 Deenewsline, All Rights Reserved
MORE STORIES
Science