She’s got a host of famous pals.

And Ulrika Jonsson shared an insight to her friendship with French footballer David Ginola, 54, as she posted a throwback snap to Instagram on Thursday.

The presenter, 53, looked sensational in the image which showed the duo sitting on a sofa and laughing. 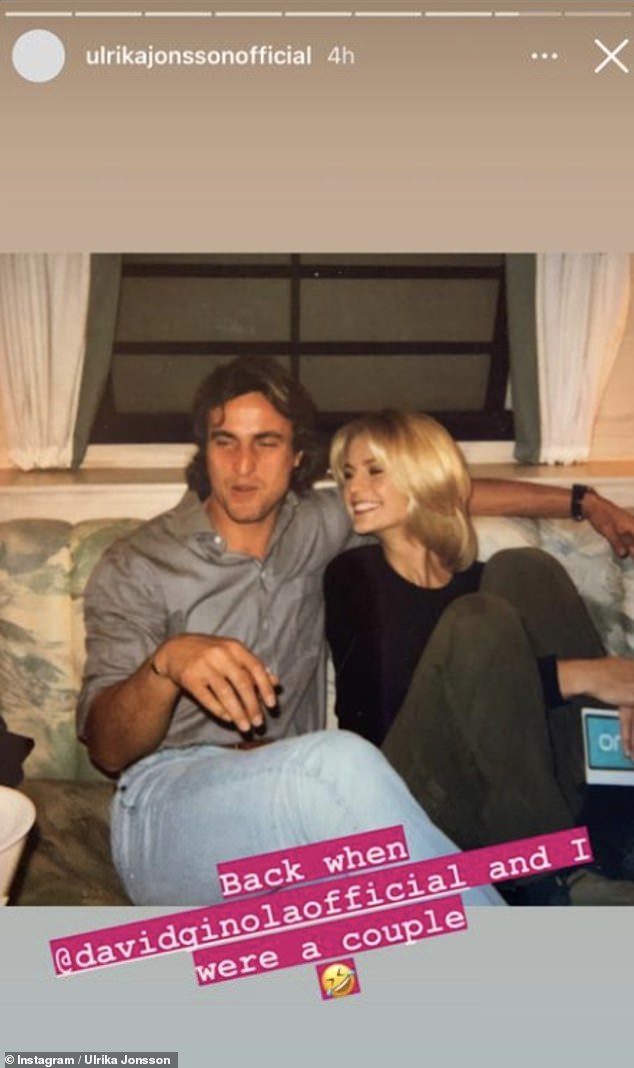 Ulrika beamed a smile in the photograph and looked relaxed as she donned green trousers and a black T-shirt.

The blonde beauty wore her shoulder-length locks down and appeared to have on just the lightest touch of makeup.

Although not saying when the image was taken, David’s long locks suggest the snap was captured during the height of his football career in the 90s.

Sharing the image to Instagram Stories, Ulrika cheekily penned: ‘Back when @davidginolaofficial and I were a couple’ 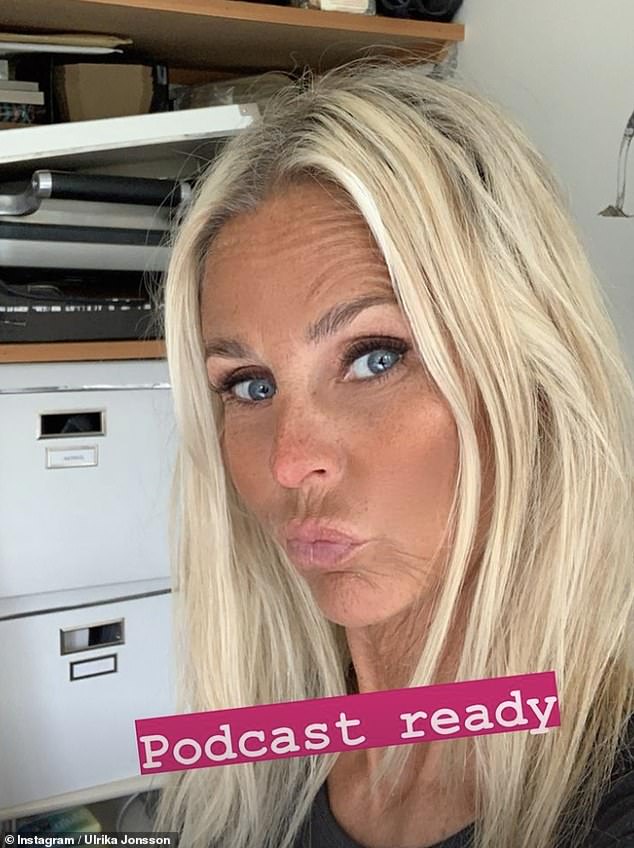 Looking back: The presenter, 53, showcased her age-defying looks in the picture, thought to have been taken in the 90s, before sharing a selfie from her podcast recording on Friday

David played football in France before moving to Newcastle United in 1995. He then played for Tottenham Hotspur, Aston Villa and Everton before his retirement in 2002.

After his playing career ended, David appeared in several short films as well as making appearances on shows such as Channel 4’s Coach Trip In 2006. He now often provides commentary on football games.

David and Ulrika were set to work together on Comic Relief Does Fame Academy in 2003, however David dropped out and was replaced with Doon Mackichan.

The fun throwback comes after Ulrika’s daughter Bo – who has a congenital heart defect – was rushed to hospital. 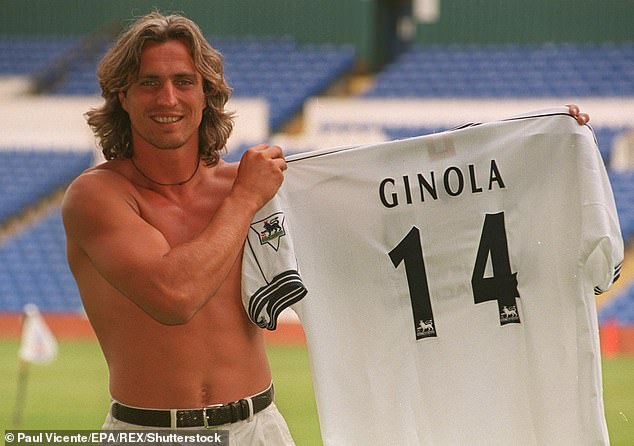 Heyday: David played football in France before moving to Newcastle United in 1995 (pictured with his Tottenham Hotspur shirt in 1997 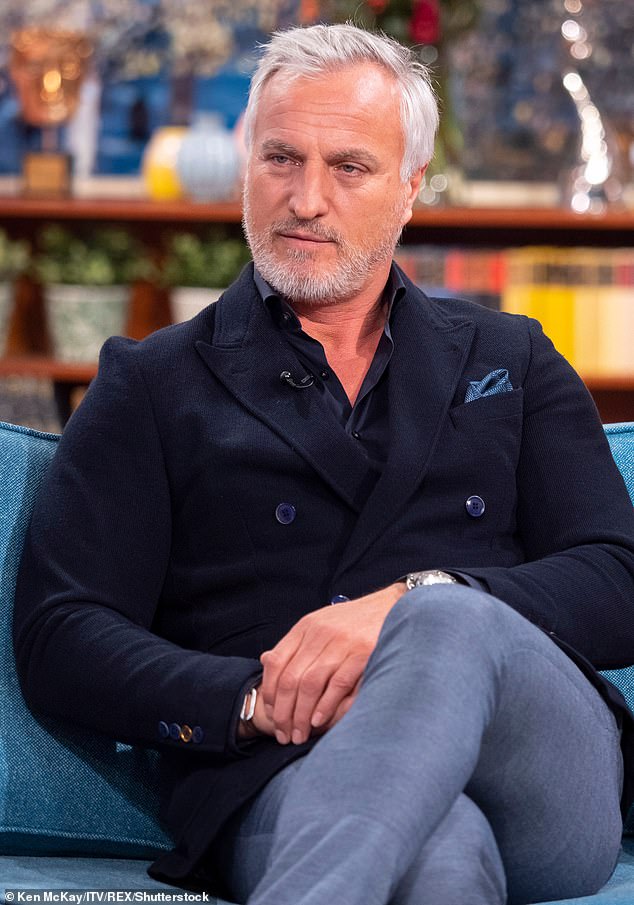 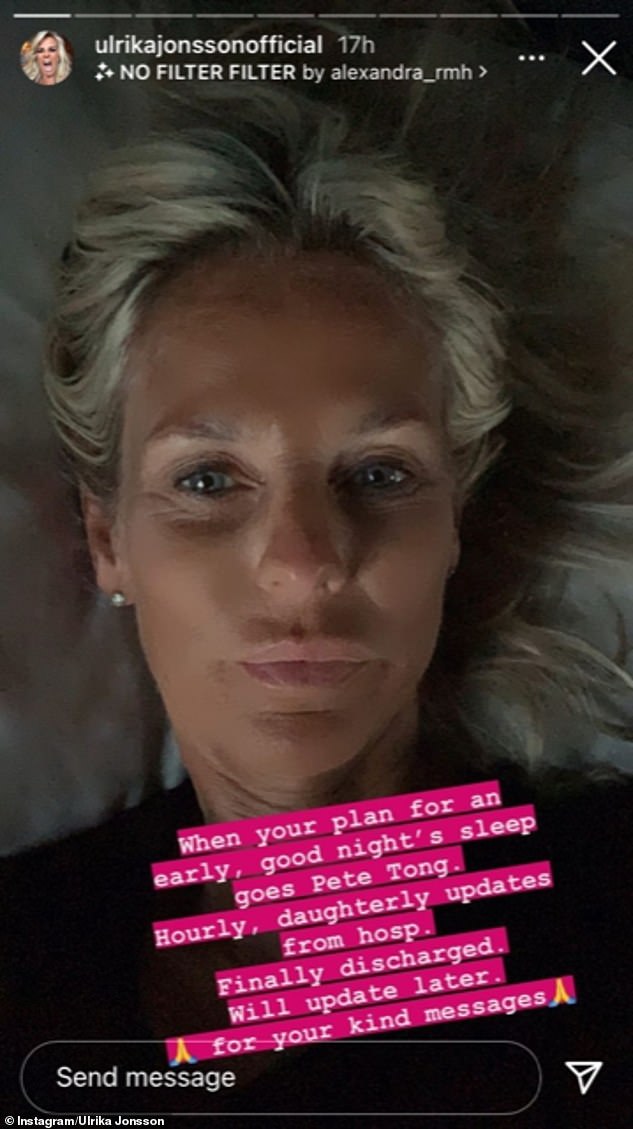 Tough time: It comes after Ulrika’s daughter Bo – who has a congenital heart defect – was admitted to hospital this week

Former Gladiators presenter Ulrika is now awaiting the latest test results for her ill daughter after she was admitted to hospital overnight, with Ulrika given hourly reports on her progress.

Bo has been in and out of hospital over the years as a result of her condition – she was born with double inlet left ventricle defect, a congenital defect that affects the valves and chambers of the heart.

As a baby, she had to undergo life-saving surgery on her heart – but Ulrika did not reveal what had caused Bo to be hospitalised.

Ulrika told fans about her sleepless night on Tuesday as she awaited word from the doctors.

She said: ‘When your plan for an early good night’s sleep goes Pete Tong. Hourly, Daughterly updates from hospital. Finally discharged will update later. Thank you for your kind messages.’

She later told fans Bo who she refers to as ‘oldest female ungrateful’ was no longer in hospital and that ‘nothing has been solved yet.’ 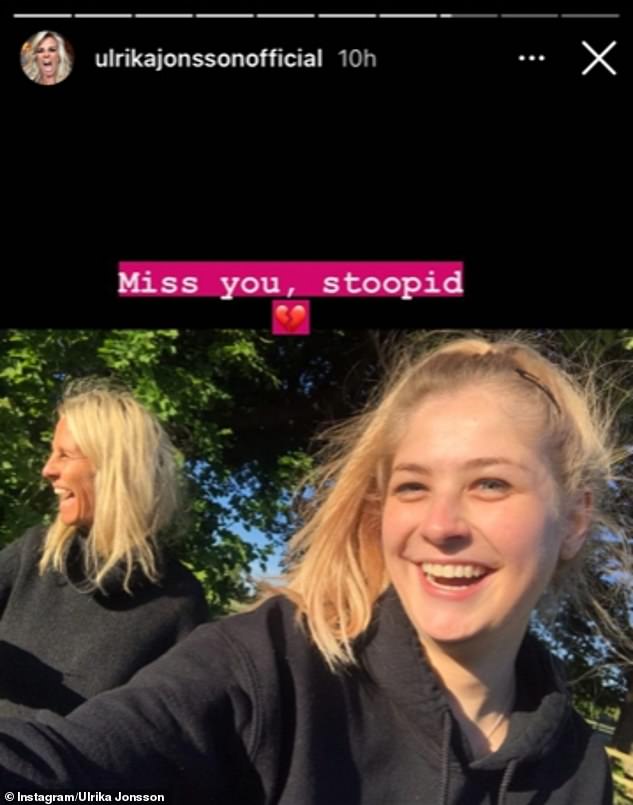 Brave: The former Gladiators is awaiting the latest test results for her ill daughter after she was admitted to hospital overnight, with Ulrika given hourly reports on her progress

She also shared a picture of Boo saying: ‘Miss you stoopid.’

MailOnline contacted a spokesman for Ulrika Jonsson for comment at the time.

Last month Ulrika hailed Bo as a ‘warrior’ as she went to get a health check up.

The TV presenter shared a series of snaps to her Instagram Stories of Bo lying down at the doctor’s office as she received a liver scan.

The former Celebrity Big Brother star posted a photo of the pair sat together in the waiting room as she called Bo her ‘CHD Warrior’.

In another, Bo could be seen in the doctor’s office sporting a face mask with Ulrika captioning the snap: ‘Gonna be a loooong day’. 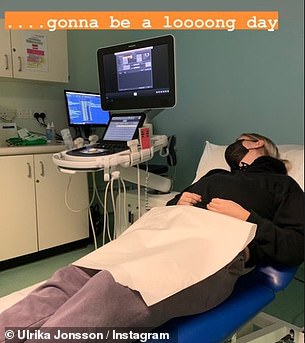 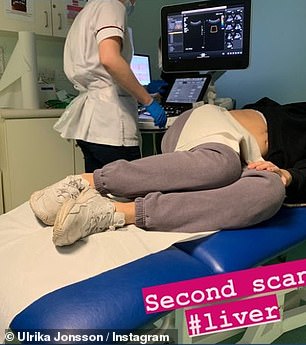 Health: The TV presenter shared a series of snaps to her Instagram Stories of Bo lying down at the doctor’s office as she received a liver scan

Ulrika and Bo had to sit apart for some of the day as the star snapped her daughter sporting a white bandage in the waiting room.

In another photo, Bo rested her head against her mother’s shoulder.

The former Gladiators star captioned the post: ‘Always her shoulder (and everything else) #ungratefuls’.

Ulrika had shared her delight and relief after her eldest daughter received a Covid vaccine in February.

Ulrika penned: ‘For all those with full hearts, functioning hearts, borrowed hearts, broken hearts and biologically faulty hearts, this has made my heart sing.

‘Ungrateful [the playful name she gives her children] with congenital heart defect has been vaccinated. And breathe…..’ 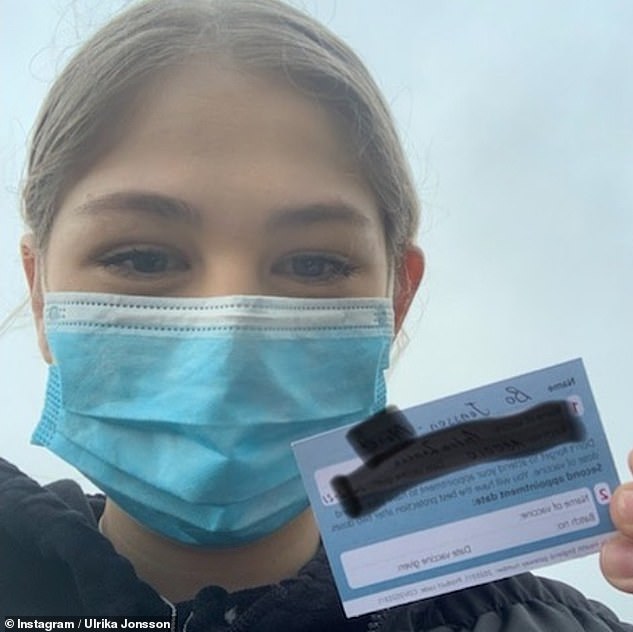 Vaccinated: The TV presenter shared a snap to Instagram of Bo donning a blue face mask and holding her record card after getting the jab

Emily Ratajkowski off her toned body in a skimpy pink bikini…...

How a Toronto psychologist is helping people cope as COVID-19 surges...

Emily Ratajkowski off her toned body in a skimpy pink bikini…...

How a Toronto psychologist is helping people cope as COVID-19 surges...

A Stimulus for Homeowners? Biden Says Yes, But Not Until Next...