“Multi-lateral exercises like ‘Khunjar Hadd’ truly demonstrate the full breadth of our defensive capabilities as a combined force,” said Capt. Jeffrey Morganthaler, Commodore of Combined Task Force 52. “Together with our Omani, UK and French counterparts, we were able to conduct complex training that greatly enhanced our readiness and ability to support regional maritime security.”

During this year’s exercise, Omani Lynx helicopters landed on the guided-missile cruiser USS Port Royal (CG 73), marking the first time this type of Omani aircraft has landed on a U.S. warship. Practicing these landings, designated as helicopter operations from ships other than aircraft carriers (HOSTAC), ensures partner nation pilots and ship crews can successfully and safely conduct cross-deck helicopter operations.

“The naval exercise Khanjar Hadd 26 was successful by all standards, as it reflected the capabilities of the planners and executers to carry out a joint maritime exercise, while taking all precautions related to COVID-19,” said Capt. Rashid Al Shehhi, director general of operations and plans, Royal Navy of Oman Headquarters. “This exercise is carried out annually by the Royal Navy of Oman, according to our training plan, with the navies of friendly countries (U.S., UK, and France), and with support from the Royal Air Force of Oman, aiming to exchange experiences, coordinate efforts and conduct joint cooperation to work on the high seas.” 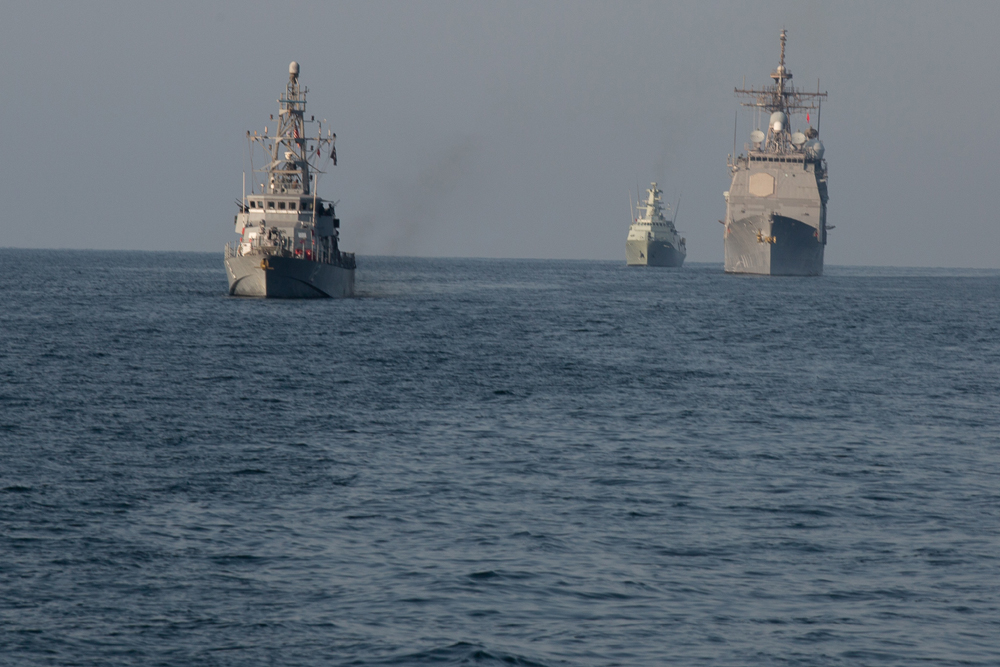 By training together, exercises like Khunjar Hadd 26 allow participating naval forces to effectively develop the necessary skills to address threats to freedom of navigation and the free flow of commerce.

“Every exercise, operation and engagement that our forces undertake requires cooperation and coordination, which builds capacity, increases interoperability, and further strengthens our relationships with partner nations,” said Vice Adm. Samuel Paparo, commander of NAVCENT, U.S. 5th Fleet and Combined Maritime Forces (CMF). “The Royal Navy and Air Force of Oman, UK Royal Navy and French Marine Nationale are vital partners in the effort to ensure freedom of navigation and free flow of commerce throughout this region.”

This is one of many exercises in which the U.S. military participates with partner nations in the U.S. Central Command (CENTCOM) area of responsibility each year.

U.S. 5th Fleet area of operations encompasses about 2.5 million square miles of water area and includes the Arabian Gulf, Sea of Oman, Red Sea and parts of the Indian Ocean. The expanse is comprised of 20 countries and includes three critical choke points at the Strait of Hormuz, the Suez Canal and the Strait of Bab al Mandeb at the southern tip of Yemen. 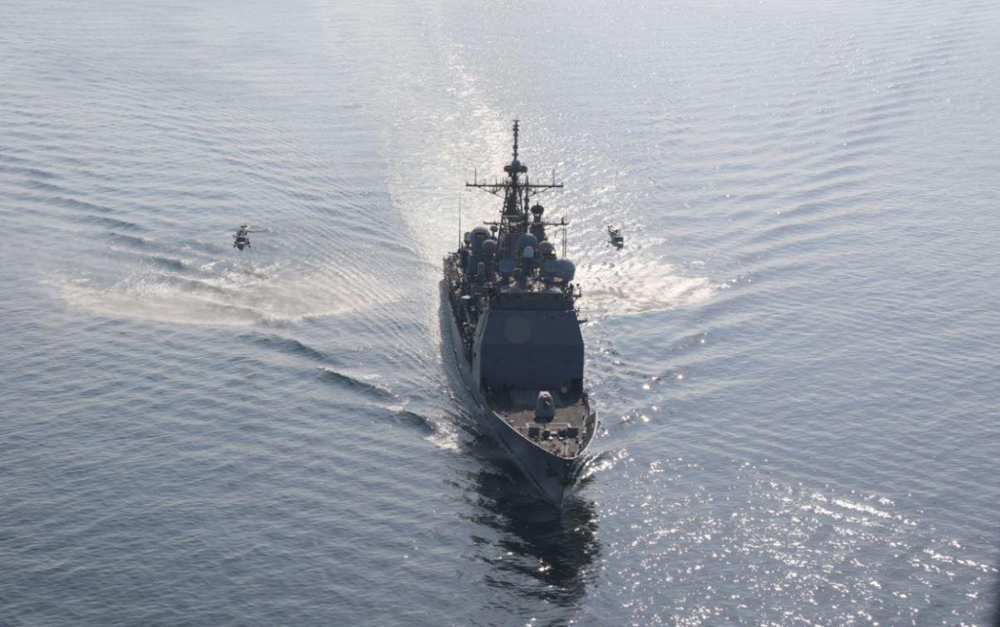 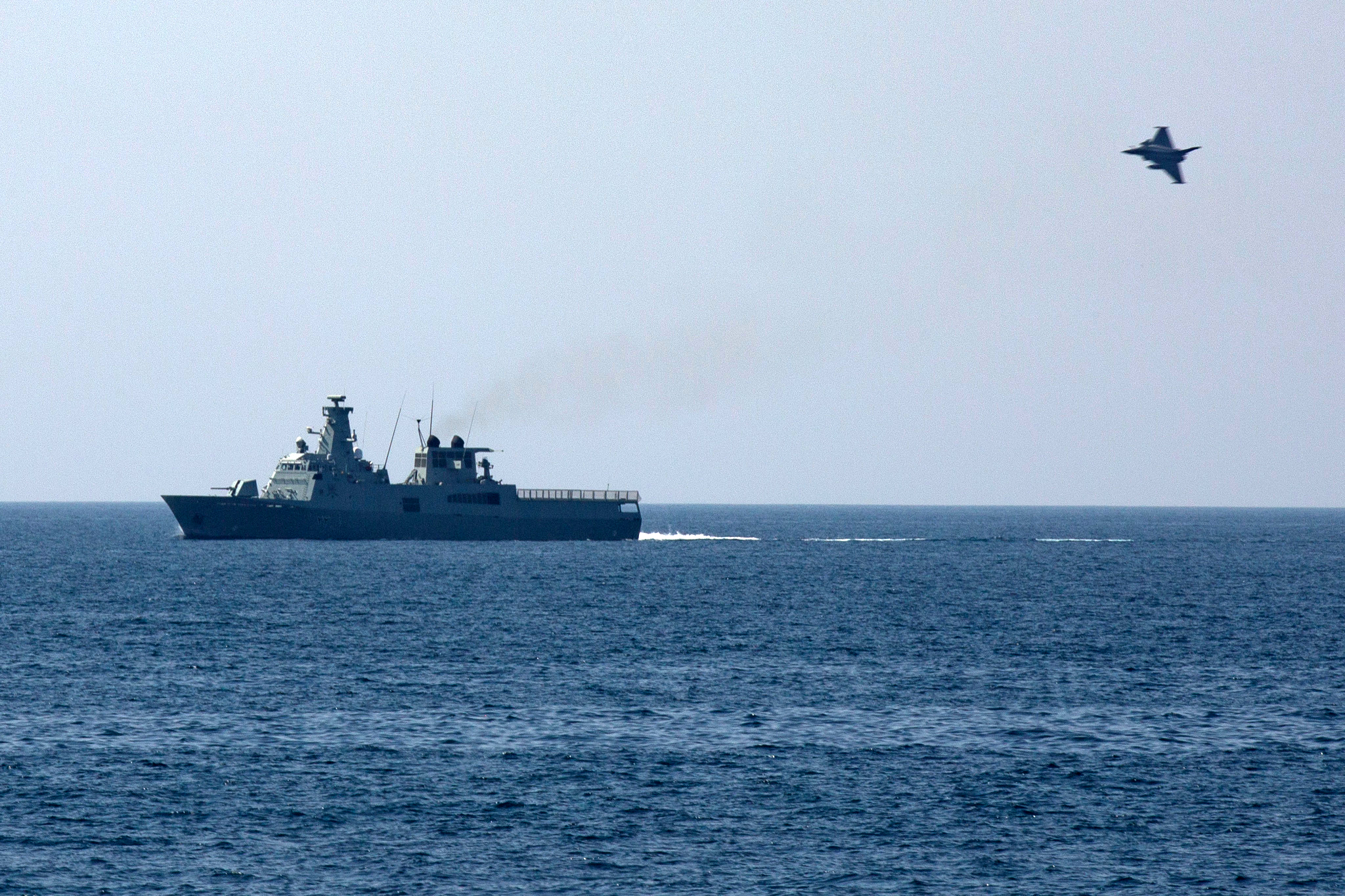 Uncertainty Swirls Around US Pullout from Afghanistan

Biden to pull US troops from Afghanistan, end ‘forever war’

Post-Merkel Germany May Be Shaded Green

Post-Merkel Germany May Be Shaded Green