‘We don’t talk about that’: ARIA Award-winning singer Amy Shark reveals the one topic that’s OFF LIMITS with manager husband Shane Billings

It’s been three years since Amy Shark’s husband Shane Billings took on the role of her in-house manager.

However, Amy and her long-term partner, whom she married in 2013, have some rules when it comes to maintaining their successful working relationship.

Speaking to The Daily Telegraph on Saturday, the couple spoke about the one thing they NEVER talk about for the sake of Amy’s music career. 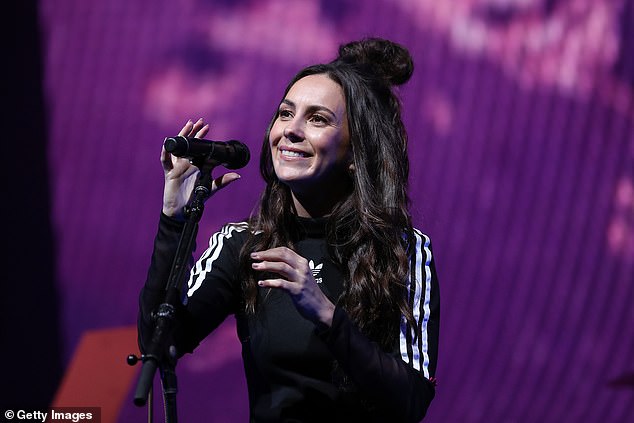 ‘We don’t talk about that’: ARIA Award-winning singer Amy Shark (pictured) has revealed the one topic that’s OFF LIMITS with manager husband Shane Billings

‘My job is just to get the best songs out of Amy and if I start pressuring her about emotions … we talk about every tiny little part of this business except lyrics. That’s the one thing we don’t talk about,’ Shane told the publication.

‘Not once have we ever spoken about whether Adore is about me. Not once,’ he joked of the song about the man who was the first to ever tell Amy she was good enough to shoot for her pop dream.

During the interview, Amy seemed to all-but confirm it was about Shane, saying: ‘I burned a CD for him and I remember hearing Shane playing them in his room and he was like, “This is really good”. I will always remember that moment because it was the first time anyone had actually given a s**t.’ 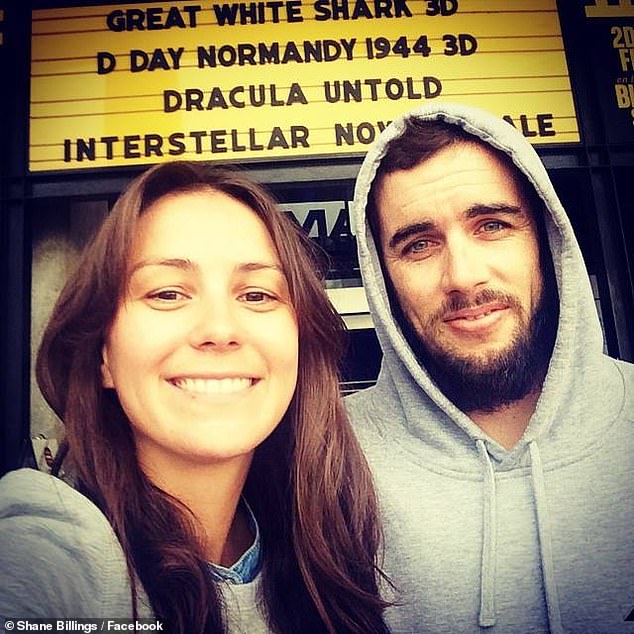 ‘I leave the lyrics’: Shane said the couple talk ‘about every tiny little part of this business except lyrics’ as they are emotional and raw to Amy and he wants to get the ‘best songs from her’

However, Shane then added: ‘Like listen to Miss You on the new album… if I really think about that chorus, then Amy is having an affair! So I leave the lyrics.’

Shane, a former financial manager at the Gold Coast Titans rugby league club, became the ARIA Award-winning artist’s manager in 2019, guiding the complex business activities in her career on a full-time basis.

In February 2020, Shane reflected on his first year managing Amy to The Industry Observer.

‘I have always kind of co-managed Amy. But yes, I have been doing it solo for the last year. Partner or not, I love her music, I love her live shows, I love the artist she is – so managing someone like Amy is the best job in the world,’ he said at the time.

Since then she’s worked with some of the world’s biggest names, including Ed Sheeran and Blink 182’s Travis Barker.

Amy released her second album, Cry Forever, on April 30, and already has a national tour confirmed for June.

Eurovision 2021: James Newman belts out song Embers as he rehearses in Rotterdam

China warns US it will be defeated in war