As a former Miss Universe Australia turned weather girl, Scherri-Lee Biggs is what many would consider the ultimate catch.

So people might be shocked to hear that The Celebrity Apprentice star recently caught her date in the arms of another man at an after party for the Channel Nine show.

Making things even more outrageous is the fact that the mystery man in question is somebody ‘with a profile’ in the entertainment industry. 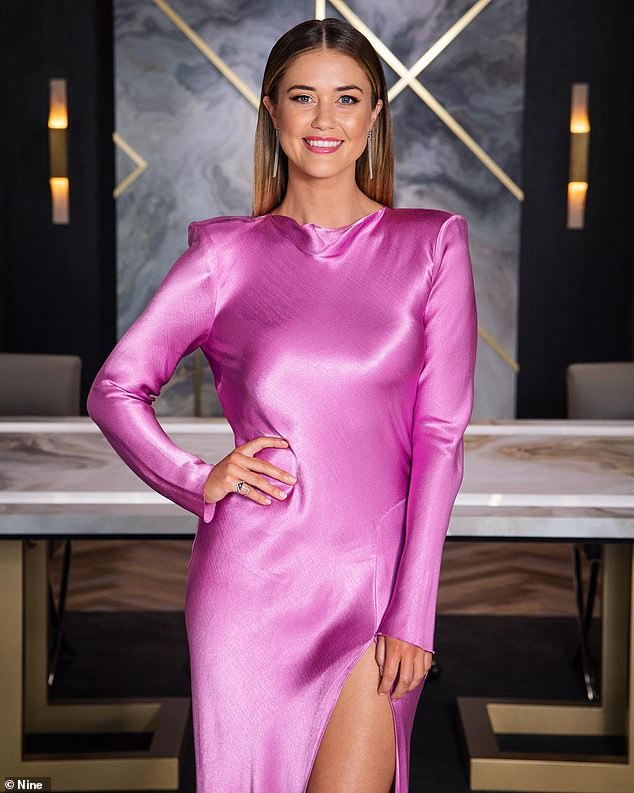 Shock! The Celebrity Apprentice star Scherri-Lee Biggs was recently dumped by a date for another man at an after party for the popular reality show

The 30-year-old shared the story on The Fitzy and Wippa Show on Tuesday, revealing that it all went down at a party held at Camilla Franks’ house while filming the show.

‘He didn’t leave me at the party, he hooked up with someone else AT the party,’ she said.

While she pretended not to know who her date had left her for, Michael ‘Wippa’ Wipfli, who was also at the party, spilled the beans. 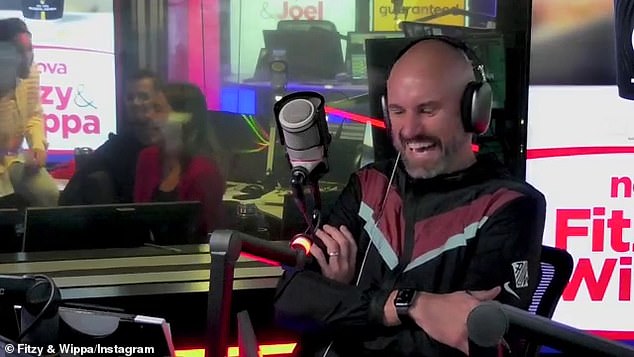 ‘he hooked up with someone else AT the party!’ The 30-year-old shared the story on The Fitzy and Wippa Show on Tuesday

‘The twist is it was another bloke!’ he exclaimed, leaving co-host Ryan ‘Fitzy’ Fitzgerald howling in shock.

‘Scherri-Lee, did he leave you on the date and hook-up with another guy?’ Fitzy asked.

‘He did, yes,’ she admitted sheepishly, before later adding: ‘He left pretty soon after.’ 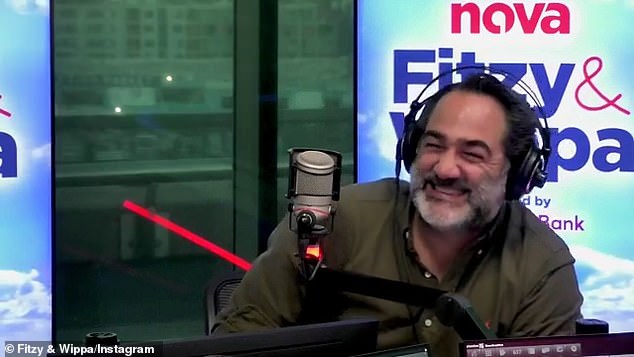 ‘The twist is it was another bloke!’ Michael ‘Wippa’ Wipfli revealed that Scherri-Lee’s date hooked up with another man and that the mystery male in question is a celebrity

The beauty queen said that she had no idea that her date was attracted to men, but said that that he was a ‘nice bloke’.

‘I just remembered who it was too,’ Wippa chimed in, seemingly referring to the mystery man Scherri-Lee’s date hooked up with.

‘I do know who it was but I’m not gonna say because he’s got a profile… they’re in the entertainment [industry].’

Scherri-Lee Biggs joined this season of The Celebrity Apprentice as an intruder, but was eliminated on Tuesday. 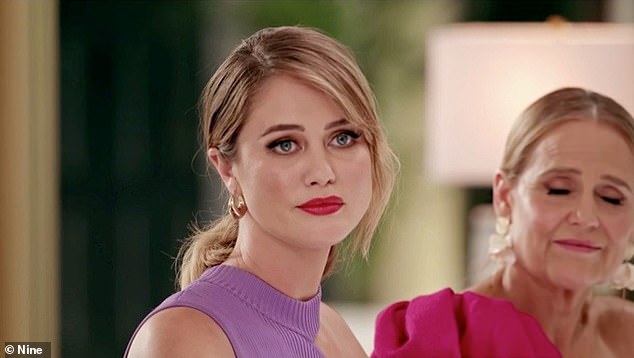 Double dumped! Scherri-Lee Biggs joined this season of The Celebrity Apprentice as an intruder, but was eliminated on Tuesday