How you doin’, Rihanna: Singer’s over-styled look from Vogue Italia goes viral after it gets compared to Joey from Friends

By George Stark For Dailymail.com

It’s a classic scene involving a lot of clothing, that was recently recreated by Matt LeBlanc for Friends: The Reunion.

But while the iconic show saw the bulky outfit worn by LeBlanc’s character Joey Tribbiani as a joke, pop star Rihanna appears to have taken some inspiration from it.

The pop singer’s cluttered look for Vogue Italia – that she styled herself – went viral this week when fans took to social media to compare the over-styled ensemble to the famous scene where Joey wore all of Chandler Bing’s clothes. 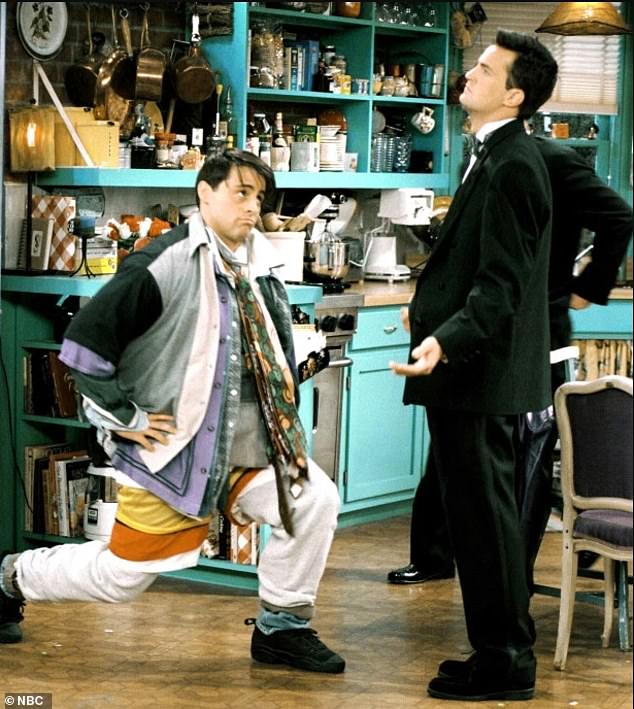 Classic scene: Matt LeBlanc and Matthew Perry in the episode titled ‘The One Where No One’s Ready’ from 1996, which appears to have been an inspiration for pop singer Rihanna

‘The One Where Rihanna Does Joey Wearing All of Chandler’s Clothes,’ one user tweeted, making a joke out of the way all episodes of Friends are titled.

Another tweeted: ‘Joey Tribbiani ran so Rihanna could walk.’

‘Could I BE wearing any more clothes,’ another fan wrote, while another joked: ‘I love her but all I see is the @friends episode with Joey.’

The episode titled ‘The One Where No One’s Ready’ is the second episode of the third season which first aired on September 26, 1996, and still proves to be memorable today.

On the recent HBO Max reunion special, LeBlanc recreated the look when he took to the stage for a fashion show that celebrated other iconic outfits, including Cara Delevingne modelling Rachel’s pink bridesmaid’s dress. 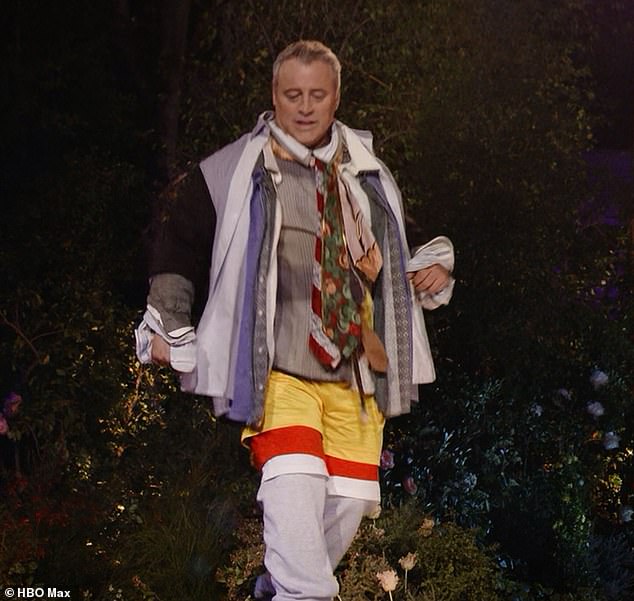 Revival: Matt even recreated the classic look on last week’s Friends: The Reunion

What Data About You Can the Government Get From Big Tech?

What Are The Roadblocks to a Covid Vaccine Passport?