By Sameer Suri For Dailymail.com

Keri Russell was spotted tipping back a Peroni beer and a glass of red wine while out with her gal pals in New York City this week.

The 45-year-old actress appeared to be wearing a sticker announcing that she has gotten a coronavirus vaccine.

The Felicity star appeared to be in great spirits as she was later seen flinging her arms joyously into the air as she and her friends pounded the pavement. 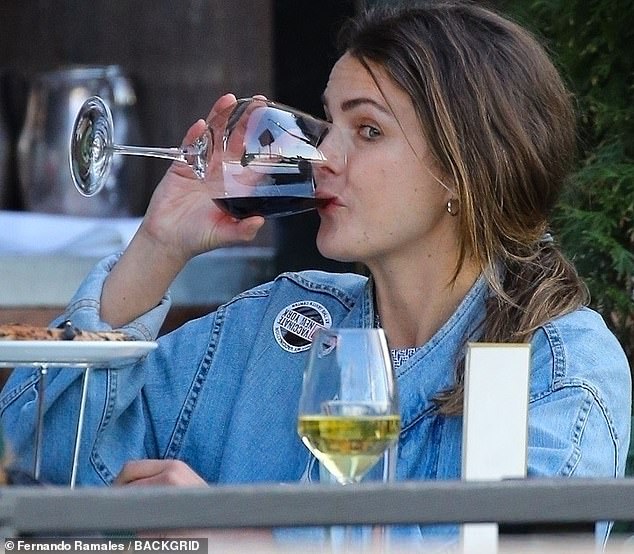 Having a ball: Keri Russell was spotted tipping back a glass of red wine while out with her gal pals in New York City this week

The Star Wars: Rise Of Skywalker standout modeled a boho chic ensemble that included white overalls over a print blue top, throwing a denim jacket over the whole getup.

The brunette bombshell is in a long-term relationship with smoldering Welsh heartthrob Matthew Rhys whom she co-starred with on The Americans.

Their spy show began airing in 2013 and by the following year they were an item since when they have welcomed a son called Sam, four. 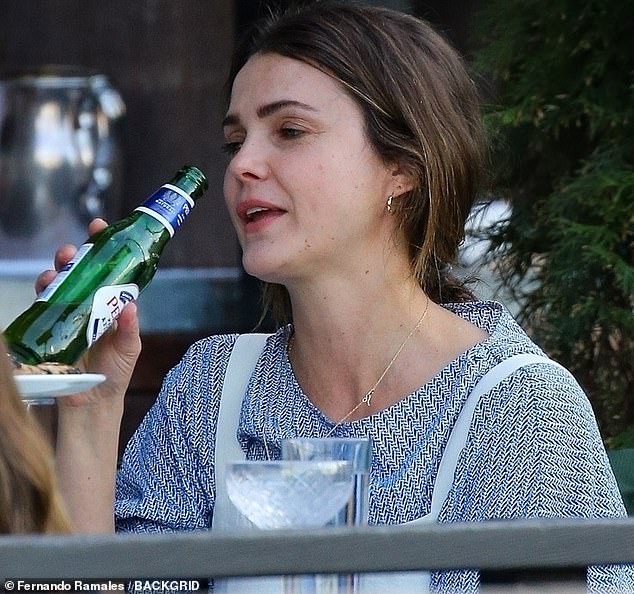 Yum: While she and her friends were seated outdoors Keri was also seen getting herself in a celebratory mood with a refreshing-looking Peroni beer

Keri is also the proud mother of two older children called River, 13, and Willa, nine, by her ex-husband Shane Deary who is a contractor.

Shane and Keri broke up in 2013 – at which point her representative assured People the split was ‘amicable’ – and finalized their divorce in 2014.

A couple of years ago she reflected to Town And Country magazine about what it was like to shoot The Americans amid her on-set romance. 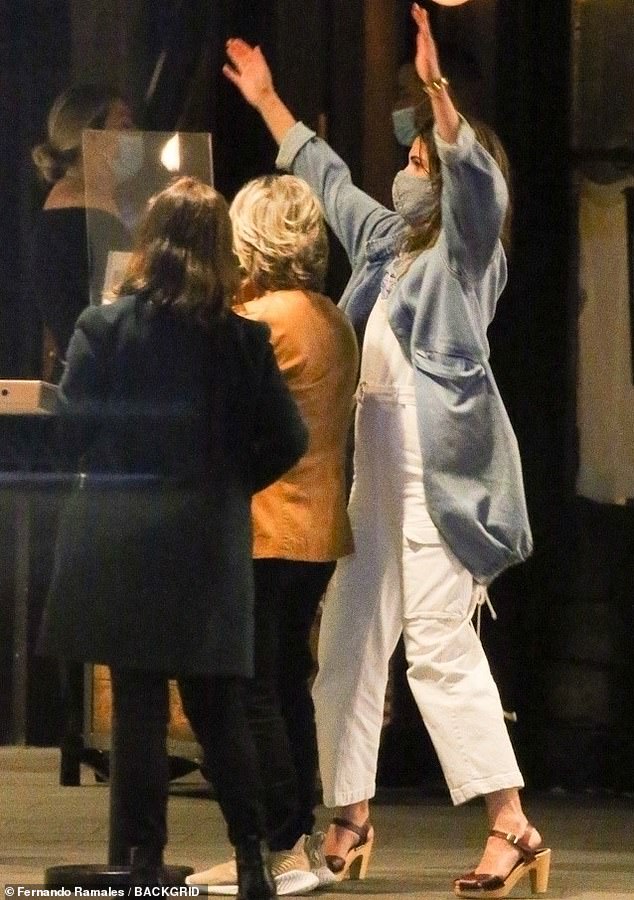 Feeling fab: She enjoyed a festive alfresco meal out with her friends and was later seen flinging her arms joyously into the air as they pounded the pavement

‘Obviously, there’s something sexy about the whole spy world. It was a fun, sexy place to live in for years, especially being with someone I was so in love with. It wasn’t like we were growing plants. We were shooting a lot at night,’ she dished.

Meanwhile Matthew said: ‘I’ve always found there’s a great depth to her that comes with a great deal of enigma. The deftness of her subtlety is so interesting to me.’

Keri’s upcoming projects include a horror movie called Antlers that co-stars Jesse Plemons and is slated for release two days before Halloween.

The Bill ‘is set for a TV return with THREE cast...

The Bill ‘is set for a TV return with THREE cast...

C.D.C. Panel to Meet Next Friday on J.&J. Vaccine Pause