Kendra Wilkinson has responded to claims her former Girls Next Door costar Holly Madison made about their time in the Playboy Mansion.

Madison, 41, on the podcast Call Her Daddy Wednesday, called into question Wilkinson’s previous claims that she hadn’t had relations with late Playboy founder Hugh Hefner prior to when she moved into the famed mansion at the age of 18.

‘I had to sleep with him first … I’m not trying to slut shame anybody or anything,’ Madison said, ‘but nobody ever got asked to move in unless they had slept with him.’ 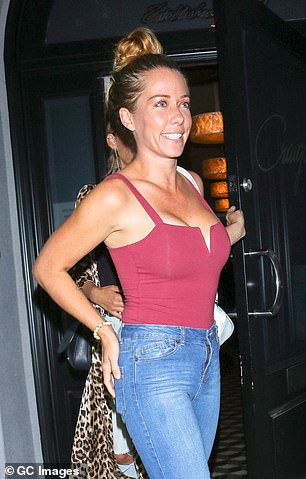 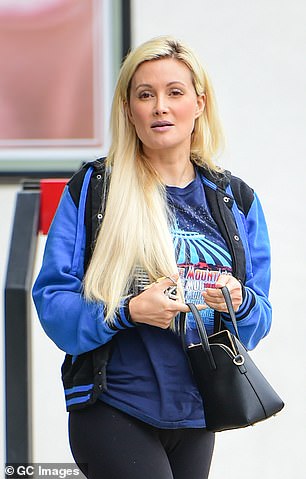 The latest: Kendra Wilkinson, 35, has responded to claims her former Girls Next Door costar Holly Madison, 41, made about their time in the Playboy Mansion

Wilkinson, 35, responded to the claims in a reply to an E! News Instagram post about the podcast, saying ‘Dude… it’s 2021.’

The San Diego native, who shares children, Hank IV, 11, and Alijah, seven, with ex-NFL Philadelphia Eagles wide receiver Hank Baskett, 38, made clear she did not harbor any ill will amid the controversy.

‘Times have changed, I forgive and have kids to love and focus on,’ the 35-year-old reality star said.

The Girls Next Door star also responded to another commenter questioning why she had a negative reaction to the post from Madison. 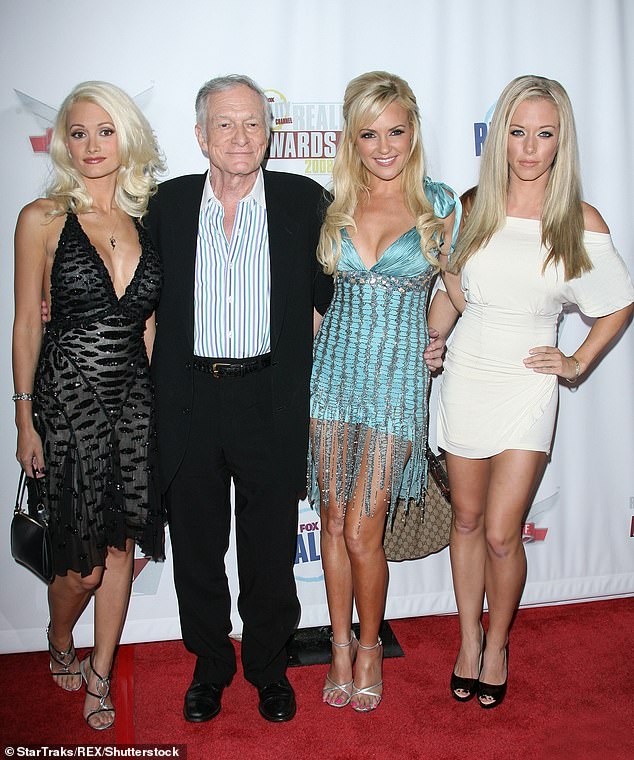 Throwback: Madison, the late Hugh Hefner, Bridget Marquardt and Wilkinson were snapped in 2008 in LA 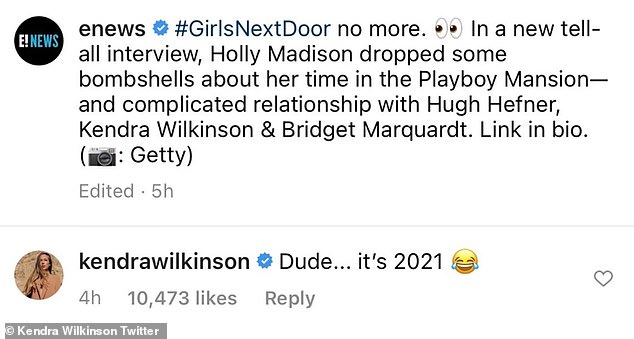 Wilkinson, 35, responded to the claims in a reply to an E! News Instagram post about the podcast, saying ‘Dude… it’s 2021’

‘How am I hating,’ Wilkinson said. ‘She’s one out there. I’m all love now baby.’

Wilkinson also replied to a commenter who said Madison ‘shouldn’t be shamed’ for her recollections of the past, which might not square with contemporary values.

The commenter said to Wilkinson, ‘There’s nothing wrong with comparing what was glamorized 20 years ago to how things are now How about we not silence women, even if what they’re discussing happened years ago.’

In response, Wilkinson said that ‘if you believe this will help women then I will try to understand.’

She added: ‘I wish I had more time with Holly to understand this side … I wish her the best in life and [hope] this helps heal her.’

Appearing on I’m a Celebrity, Get Me Out of Here! in 2014, Wilkinson said she was naive to the dynamics of the Playboy Mansion when she had moved in.

‘I moved in and weeks went by, and I didn’t know “sex” was involved … because I knew nothing about Playboy – I had just graduated high school,’ she said on the show, ET reported.

I Employed More Christians Than Muslims As My Staff – Isa...