He has landed roles on a variety of television programmes including The Masked Singer UK and I’m A Celebrity… Get Me Outta Here!

But before Joel Dommett made a name for himself as a TV presenter, he had a budding acting career and even made a brief appearance on the BBC One show, Casualty.

The comedian, 35, uploaded an amusing video on Saturday from his time on the hospital drama which took place in 2002 when he was just 17. 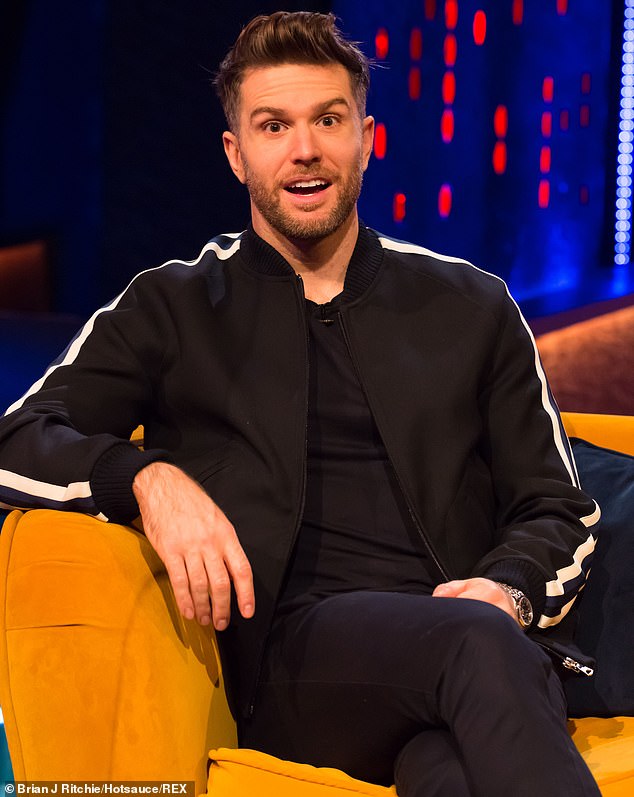 Blast from the past: Joel Dommett uploaded an amusing video on Saturday from his time on the BBC One hospital drama, Casualty, in 2002, when he was just 17

In the clip shared with his 782,000 Instagram followers, a young Joel was seen riding in an ambulance alongside his onscreen dad, who was injured and being tended to by a paramedic.

The TV presenter rocked a short haircut and crimson and blue shirt as he delivered the performance of a concerned son in the dramatic scene.

He asked the medic: ‘How is he doing? It’s my birthday today, that was my present, the car. I took my test this morning and I passed.’ 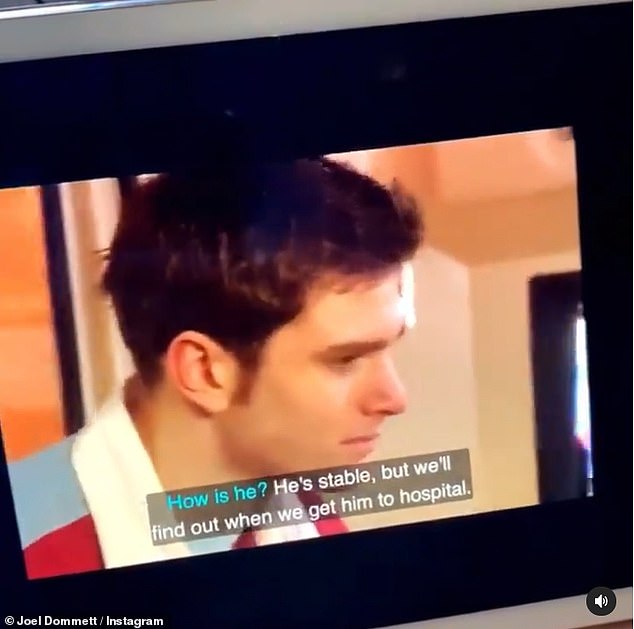 Way back when: In the clip shared with his 782,000 Instagram followers, the star, now 35, was seen riding in an ambulance alongside his onscreen dad, who was injured

The paramedic let him know that his father was in a stable condition and congratulated him on passing his driving test, saying ‘well done’.

‘No it wasn’t,’ he responded. ‘If I had failed we wouldn’t be here now would we. My dad he bought me the car and now I’ve killed him.’

Joel captioned the throwback clip: ‘Joel Dommett in 2002 on Casualty. ENJOY,’ alongside a series of laughing emojis.

His fans were in hysterics at the old acting video. Singer Tallia Storm wrote: ‘This is amazing.’

While another follower penned: ‘Hello is that BAFTA? Yup shut down the voting for best acting performance we have a winner.’ 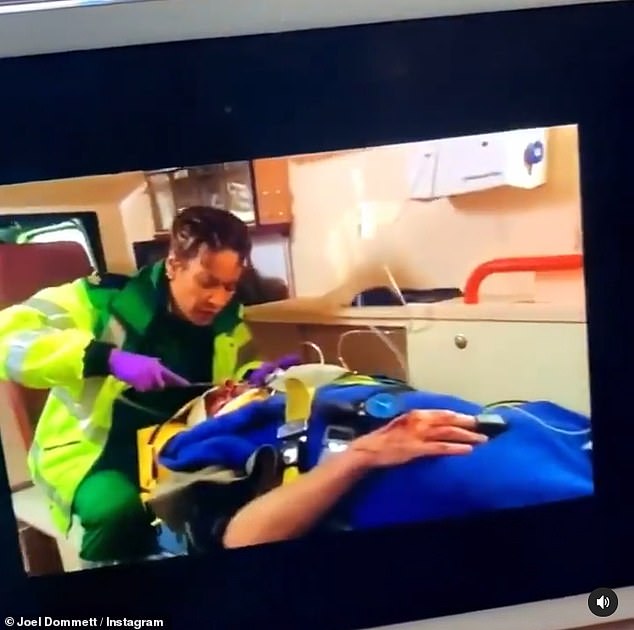 Breakout role: ‘How is he doing?’ It’s my birthday today, that was my present, the car. I took my test this morning and I passed,’ Joel said to the paramedic who congratulated him

It comes after Joel made another hilarious appearance last month on Lorraine after he appeared shirtless, moments after waking up.

The 35-year-old was scheduled for a video chat with stand-in host Ranvir Singh to promote the upcoming season of The Masked Singer.

But after producers’ futile attempts at getting Joel on the phone for the interview, show contributor Andi Peters saved the day by calling and waking him up on live TV.

Pulling his attentions away from presenting his competition segment, 50-year-old Andi pulled out his mobile phone to call the tardy star as Ranvir looked on. 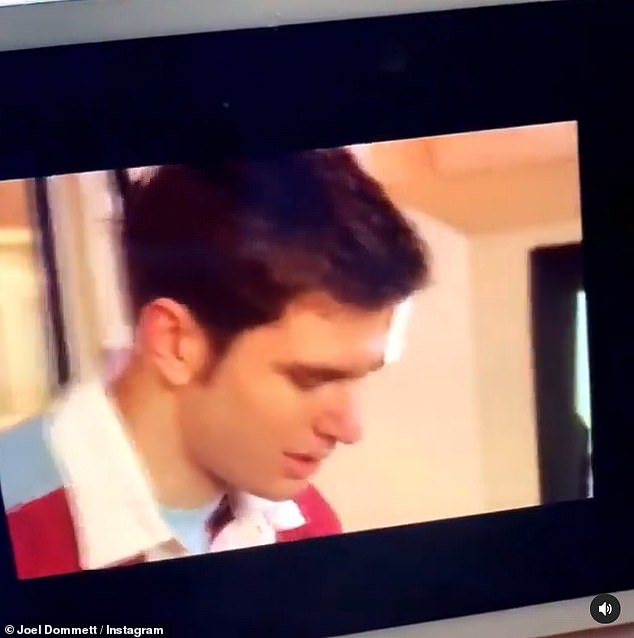 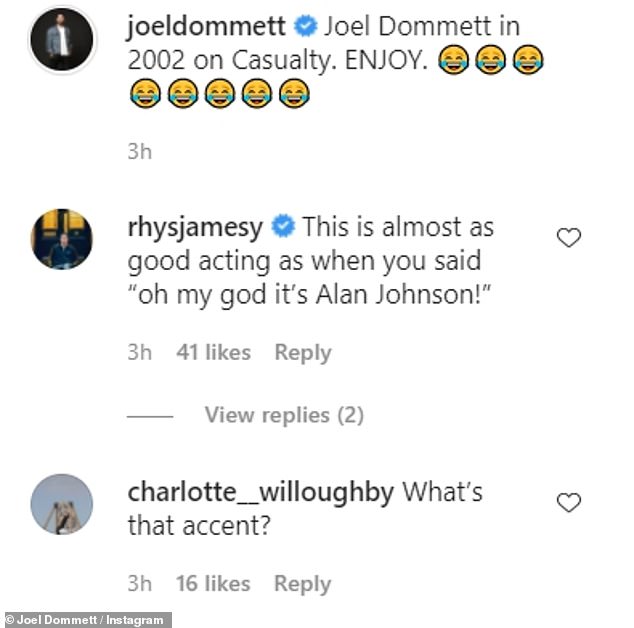 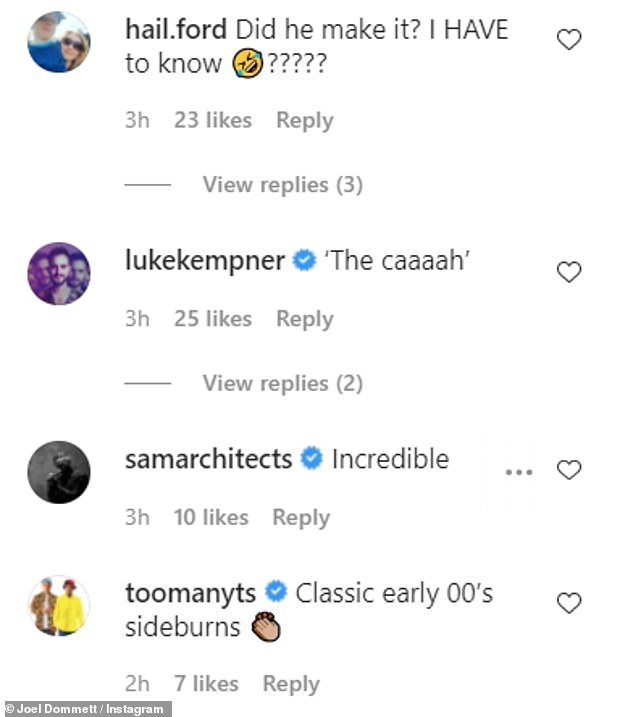 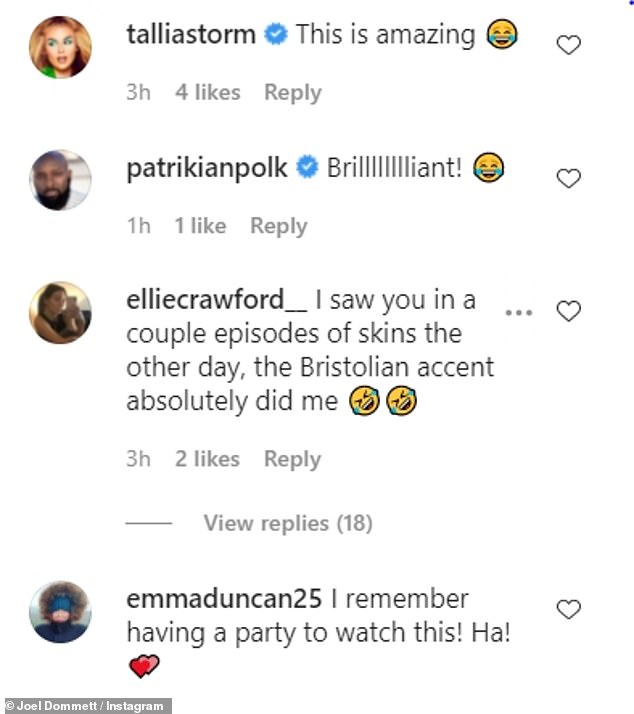 Comedy gold: Joel wrote: ‘Joel Dommett in 2002 on Casualty. ENJOY,’ alongside a series of laughing emojis as his fans confirmed they were also entertained by the clip

After getting an answer from Joel, Andi warned him he was on live TV before telling him he was supposed to be on the TV.

‘Joel, you’re meant to be on Lorraine this morning. Have you forgotten?’ Andi said, prompting Joel to admit: ‘I thought it was going to be later than this!’

Strictly star Ranvir , 43, revealed that the team had been trying to contact him for the last 30 minutes, as she joked Andi must have a ‘direct line to God’.

After Andi smugly danced and brushed his shoulders for achieving what the Lorraine team couldn’t, Joel called back into the studio for his interview without a top on.

Finally getting to interview Joel, Ranvir exclaimed: ‘Who looks like that when they’ve just woken up! You’ve not even put a top on… Were you actually asleep?’

Explaining his state of undress, he said: ‘I didn’t have time! [to put on a shirt]! I was fully asleep, I’m in all Christmas mode.

‘I signed off for Christmas and got a call from Andi Peters and anyone in showbiz knows that’s important.’

After producers played a promotional clip from The Masked Singer, Joel quipped: ‘I look so much better on TV than now!’ 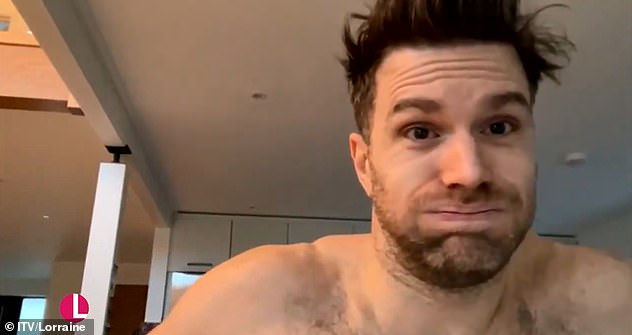 Oops! It comes after Joel made another hilarious appearance last month on Lorraine after he appeared shirtless, moments after waking up

What is Dave Bautista’s net worth? Guardians of the Galaxy star’s wealth revealed

What is Iskra Lawrence’s net worth?

What is Eamonn Holmes’s net worth? This Morning presenter’s wealth revealed

What is Omarosa’s net worth?

Amid a chip shortage, the White House gathers business leaders to...

Amid a chip shortage, the White House gathers business leaders to...

Two worrisome variants make up over 70 percent of cases analyzed...

Lily James shows off her new blonde locks ahead of playing...