‘We all love you so so much’: David Beckham is honoured by wife Victoria on his 46th birthday as former footballer is presented with a doppelgänger made out of balloons

By Jason Chester for MailOnline

David Beckham’s 46th birthday was celebrated in typically extravagant fashion on Sunday as wife Victoria paid tribute to her husband after presenting him with a footballing doppelgänger made entirely out of balloons.

The former Manchester United and England legend entered the latter half of his forties on May 2nd as the family enjoy an extended stay in Florida, home to Beckham’s co-owned soccer franchise Inter Miami.

And Victoria, 47, credited her husband of 22-years in a series of Instagram posts as he celebrated his special day. 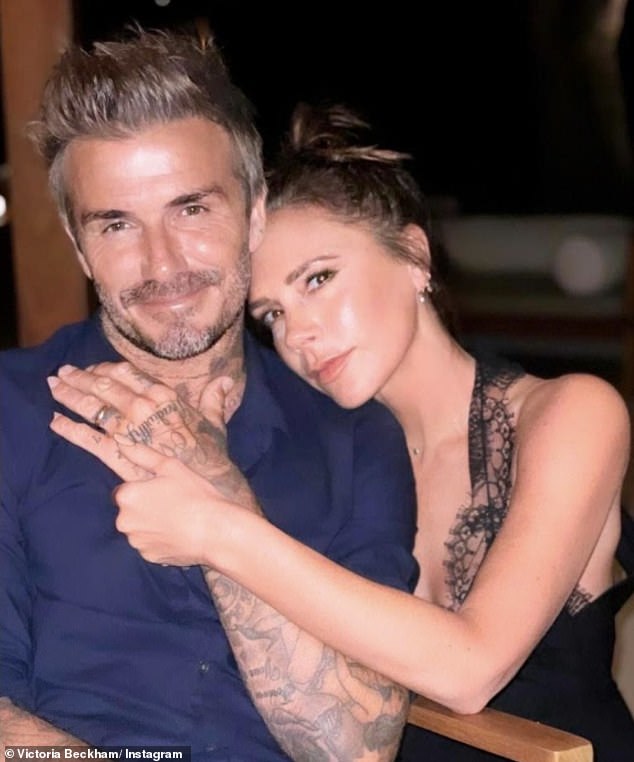 We love you: David Beckham’s 46th birthday was honoured by wife Victoria in a series of Instagram posts on Sunday

Sharing an image of herself and David on Sunday morning, she wrote: ‘Looks like you’re catching me up!! To a very special husband and the most incredible daddy… Happy birthday we all love you so so much.’

The fashion designer also gave followers an early glimpse of their preparations for the day by revealing a large caricature of David made entirely out of balloons.

Dressed in the distinctive pink and black home colours of Inter Miami – the club he successfully founded in 2018 – the balloons also appeared to respect his penchant for sculpted facial hair. 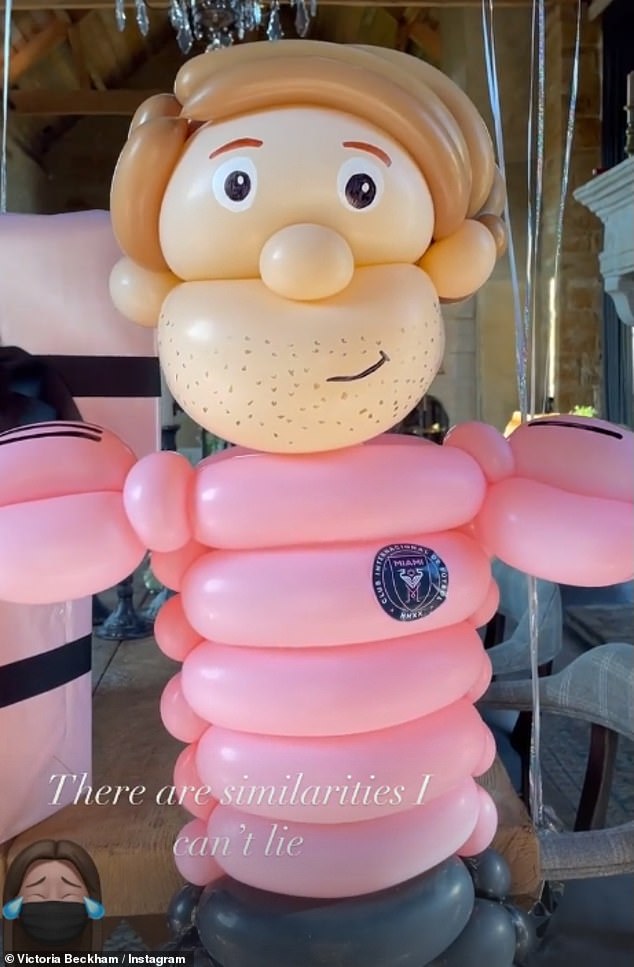 Quite a likeness: The former Manchester United and England ace was presented with a footballing doppelgänger made entirely out of balloons

Referencing the apparent likeness to her husband in a short video, Victoria wrote: ‘There are similarities, I can’t lie.’

The posts come after Victoria gave an insight into how her family spent lockdown together.

Victoria and David spent the first lockdown in the Cotswolds with children Romeo, 17, Cruz, 15 and Harper, nine – while eldest son Brooklyn, 22, spent some time with fiancee Nicola Peltz, 26, in the States.

Speaking to Evening Standard editor Emily Sheffield for London Rising, she revealed that unlike most of the nation – she refused to wear loungewear in the house – but did identify with parents stuggling with homeschooling.

Discussing how the family coped in the last year, she revealed that she acted as a ‘cheerleader’ for the group and was determined to keep everyone’s spirits high as they focused on spending time together.

As Trillions Flow Out the Door, Stimulus Oversight Faces Challenges

‘Antitrust’ by Amy Klobuchar, and ‘The Tyranny of Big Tech’ by...