Nestled in the leafy Belgian town of Braine l’Alleud is a hospital ward where teenagers in acute mental distress come for psychological care and support — often after suicide attempts or traumatic events.

“COVID was an extra thing that made me kind of collapse,” said Alexandra*, a 17-year-old ward resident, who moved to the facility in February after 2020 proved just too much to bear.

“It was very stressful because my dad is at high risk, so I had to be kind of isolated from my family,” she told DW. “I had to eat by myself, stay by myself, I couldn’t hug my parents. … It was so lonely, and I just felt disconnected from the world.”

Alexandra is adopted and suffers from long-term abandonment issues. While COVID-19 didn’t cause her problems, she said it pushed her to her tipping point.

Alexandra is not alone in struggling to cope with the coronavirus. Since January, admission requests to this psychiatric unit have soared.

“All the other units in Belgium are full too,” ward director Sophie Maes explained between phone calls and therapeutic consultations. “They can’t accept new patients, but new requests keep flooding in.”

“How do you choose between a suicidal 15-year-old and a suicidal 16-year-old? It’s an impossible choice,” she said, shaking her head.

Dr. Maes said many of the teens currently seeking help could manage their emotions in normal circumstances. But after a year of on-again, off-again schooling, repeatedly dashed hopes and the dearth of social interaction, they can no longer get by.

“The discourse around COVID-19 and young people is also centered on guilt,” said Maes. “We tell them: You’re not sick, you’re not in danger, but you are a danger to others so you have to make sacrifices to protect those you love… All this can be a truly toxic combination.”

A 30-minute drive away, in the Vincent Van Gogh Teen Psychiatric Hospital in Charleroi, 12-year-old Marc* paused his board game to chat. “I came so I could have a break,” he said with a shrug. “You know, the lockdowns mean it’s not easy with my family…” he added, choosing not to elaborate.

“At least a third of our new patients have been showing up in a state of post-traumatic stress after severe neglect or abuse in their families, often linked with this intense cohabitation during lockdown,” he said. “The teenagers we do manage to accommodate also have more complex issues than we usually deal with.” 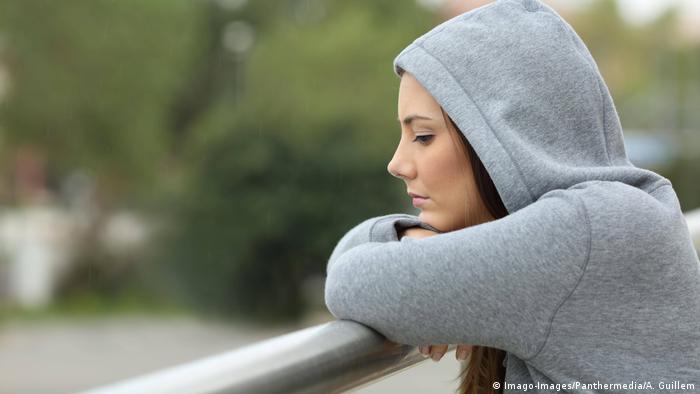 Teens struggling all over Europe

Jana Hainsworth, the secretary-general of children’s rights nonprofit Eurochild, said this is not just a Belgian phenomenon. Her organization, which represents children’s service providers and rights groups across 35 European countries, is sounding the alarm over the impact of COVID-19 on the mental health of people under the age of 18 all over the continent. 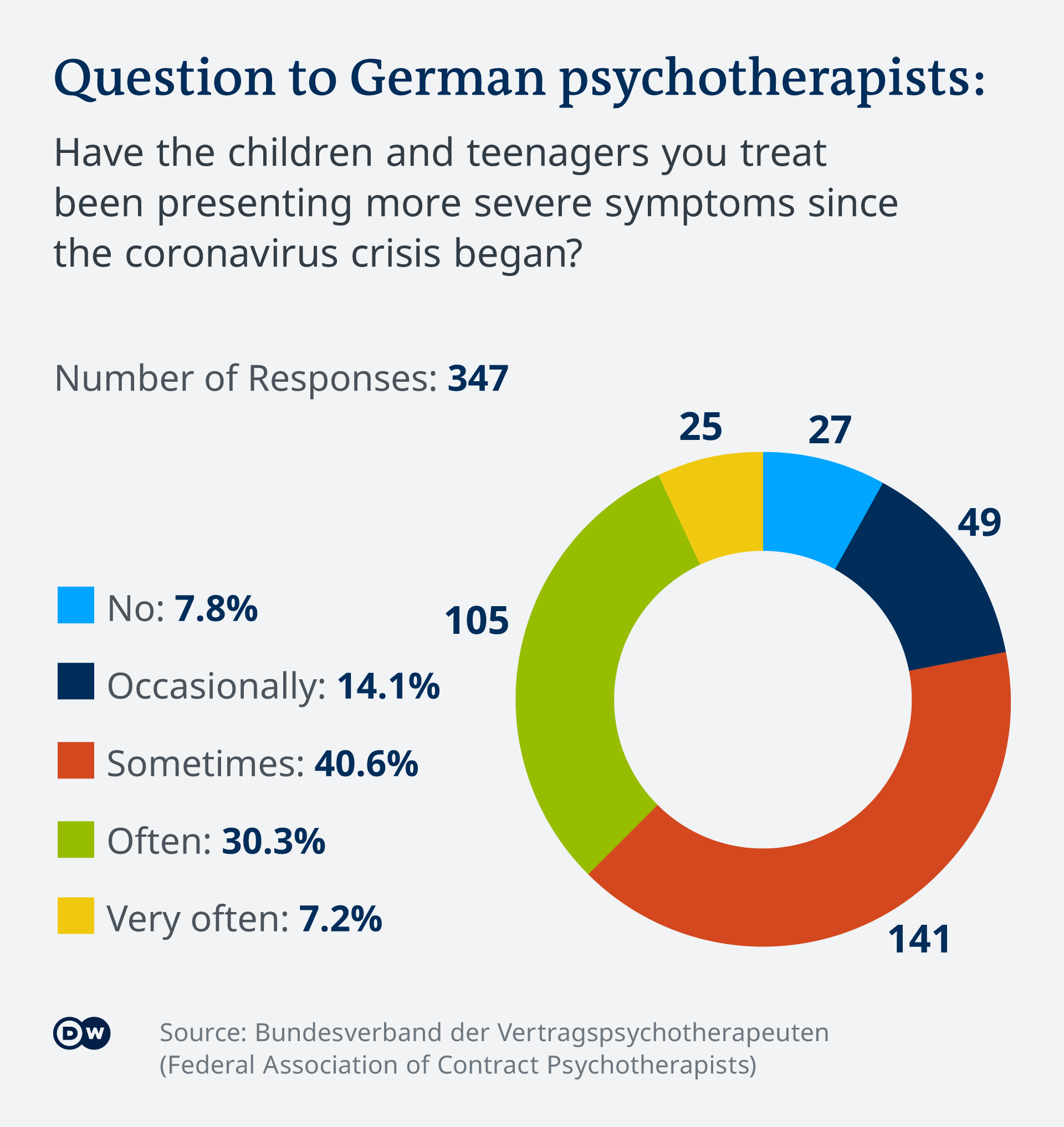 Eurochild published research last month showing that among 10,000 kids surveyed in the EU and beyond, one in five felt unhappy all or most of the time. Meanwhile, Hamburg-based researchers have found that the share of German children and adolescents presenting with mental health problems shot up from 10% pre-pandemic to 18% by mid-2020.

Hainsworth told DW that governments should have listened more to adolescents early on in the crisis. “There were disproportionate measures whose impact on the day-to-day lives of children was so dramatic, that the scars from these will be felt for a long time. I think those were misjudgments,” she said.

“If the perspective of children had been taken into account, some of those measures would not have been so dramatic.” 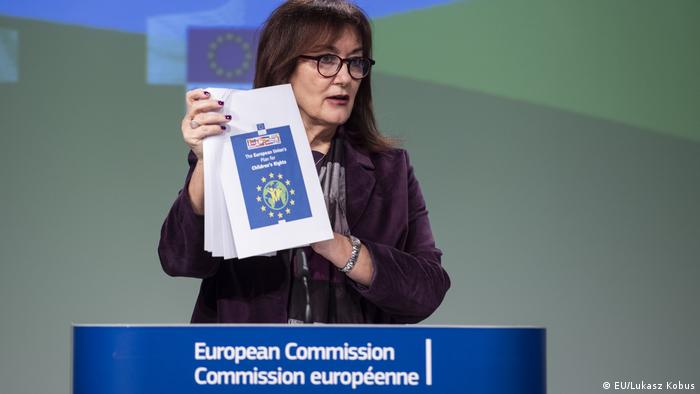 The European Commission presented its first-ever EU-wide strategy on the rights of the child last week, promising to support efforts toward accessible psycho-social support and establish a new EU children’s participation platform.

“We need to break this dangerous cycle and make sure that children in need have access to a healthy meal, education, health care and adequate housing, no matter their background. The Commission stands ready to support Member States in any way it can to make a real difference to children’s lives,” he said. Some of that support comes in the form of the European Social Fund Plus, which funds projects focused on social inclusion and fighting poverty. 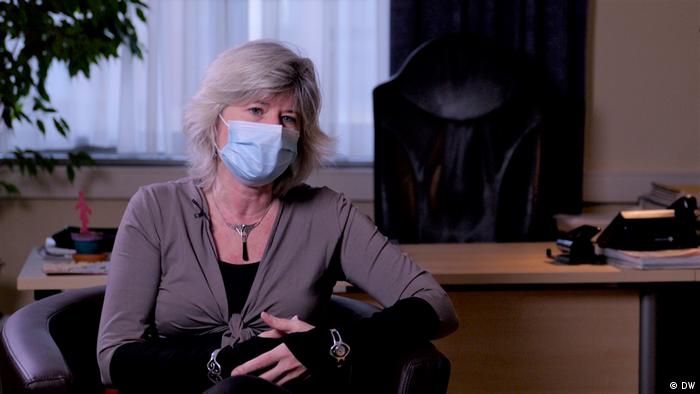 Back in the Van Gogh hospital, 14-year-old Jovi* told DW about how he came to Belgium years ago as an unaccompanied child refugee. “Football is my passion but I couldn’t play or have fun the way I’d like to as a kid my age,” he said. He hopes authorities will prioritize young people when they begin reopening society.

This is what Sophie Maes is fighting for. “We must create spaces for play, joy and conversation so teenagers can reconnect with the social fabric of life,” she said. “Otherwise, their mental health will continue deteriorating while support services remain totally saturated.”

The ward director said she feared an increase in the suicide rate if things didn’t soon change. “It feels like we’re on the edge of a tsunami and we urgently need to build flood defenses.”

After the second wave of the pandemic in the autumn, Belgium relaxed some measures around kids’ activities and outdoor sports, allowing for some much-needed distraction.

But faced with climbing infection figures in March, the government closed down schools and most extracurricular activities in the days ahead of the two-week Easter break, hoping to get the third wave under control. The small European nation has one of the highest per-capita coronavirus death tolls in the world. 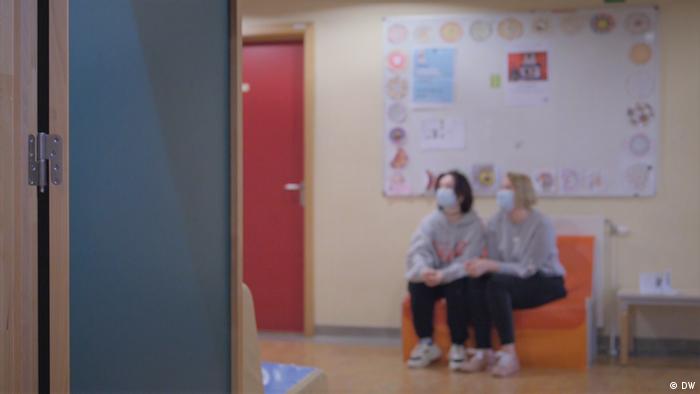 Sticking together to stay strong

Nineteen-year-old Lili* has been a resident in the Braine l’Alleud unit for almost a year and feels like the ward’s big sister. Lili offers counsel and hugs to other teens, feeds the unit’s pet guinea pig, and shows off her boxing skills in a nearby room where a leather punching bag is hanging, ready to bust teen frustration.

Her cheery disposition hides the wounds from a traumatic childhood she’s here to heal. “I’ve lived through atrocities and I’m scared of the outside world,” she confided in a moment of quiet between jokes.

Lili prefers not to think of those who can’t access help but does have advice for other teens as the pandemic rages on: “Don’t spend too much time on social media and try to find something creative or sporty to do if you can. That will help a lot.”

“I hope all young people can hold on and make it through,” she said. “Freedom is what’s waiting for us on the other side. I have big hopes for us all.”

*Names have been changed to protect the teenagers’ privacy

If you are suffering from emotional strain or suicidal thoughts, do not hesitate to seek professional help. You can find information on where to find such help, no matter where you live in the world, at this website: https://www.befrienders.org/

The Secret Trick for Catching a Liar Every Time, Say Psychologists

Keeping a check on mental health & illness for older adults

Removing Barriers to Mental Health Care for Children and Teenagers

Are our personalities set in stone, or can we work on – even improve – them?

How a Bank of America Executive Created a Tense Work Culture

How a Bank of America Executive Created a Tense Work Culture

Anne-Marie says suffering with anxiety makes it hard to perform on...