By Kevin Kayhart For Dailymail.com

It’s been one week since Amy Schumer received her first dose of the COVID-19 vaccine in New York City.

Feeling optimistic at the prospect of millions more Americans getting vaccinated, the actress and comedian headed out for a casual stroll in Central Park on Easter Sunday.

And like she has consistently done over the last 12-plus months of quarantine and lockdowns, Schumer brought along her husband Chris Fischer and their son Gene. 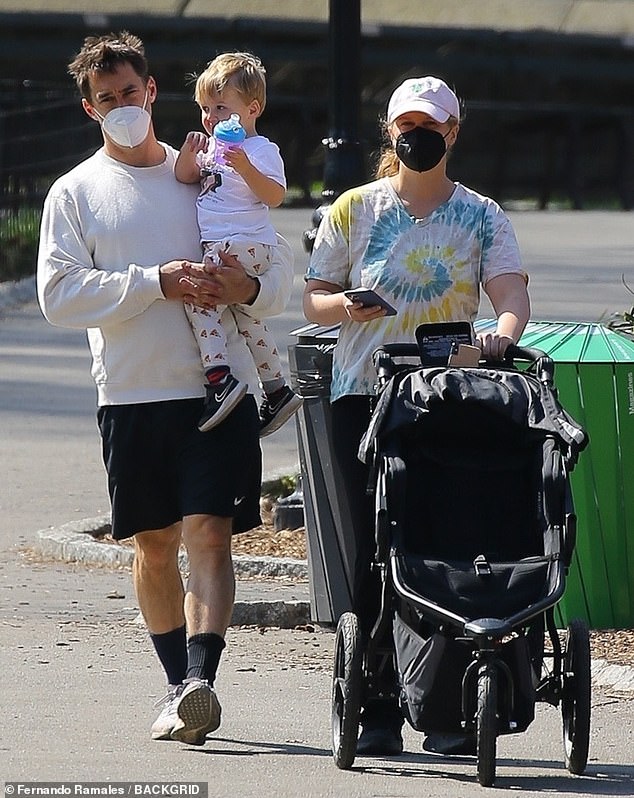 The couple, who celebrated their third wedding anniversary this past February, traded off on pushing their boy in his stroller.

The I Feel Pretty star, 39, kept it casual in the fashion department in black sweatpants, a tie-dye t-shirt and black sneakers.

She looked nearly unrecognizable wearing a pink baseball cap and a black protective mask over her mouth and nose amid the still dangerous coronavirus crisis. 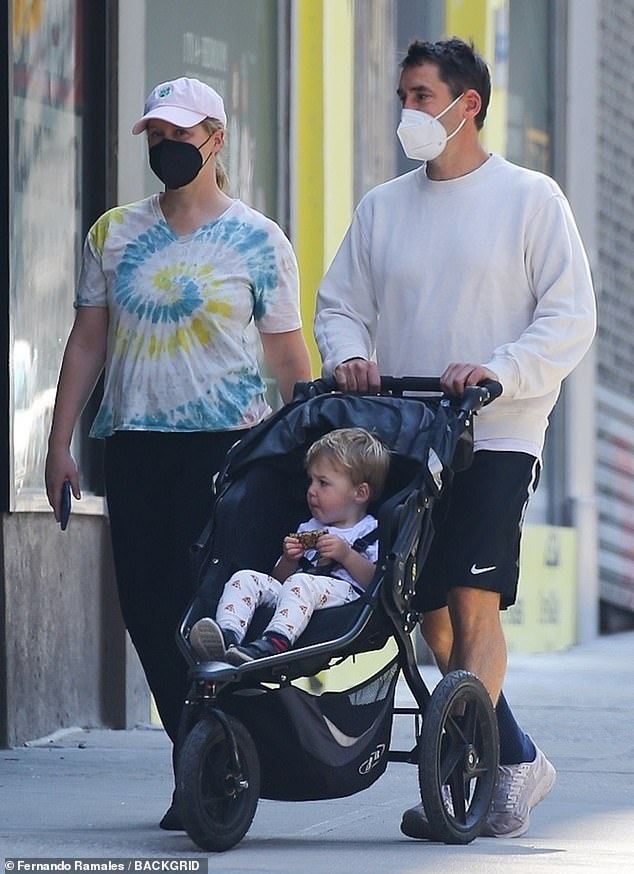 Safety first: The couple made sure to wear masks during their time strolling around the park and the nearby city streets

With the temperatures between 50 and 60 degrees Fahrenheit, Fischer, 41, opted to wear black shorts with a white sweatshirt and sneakers.

He also set an example are followed safety protocols by wearing a face mask.

Their son, who turns two-years-old early next month, was dressed in an all-white ensemble.

At one point, the proud papa picked Gene up into his arms for the stroll through the park on the Easter holiday. 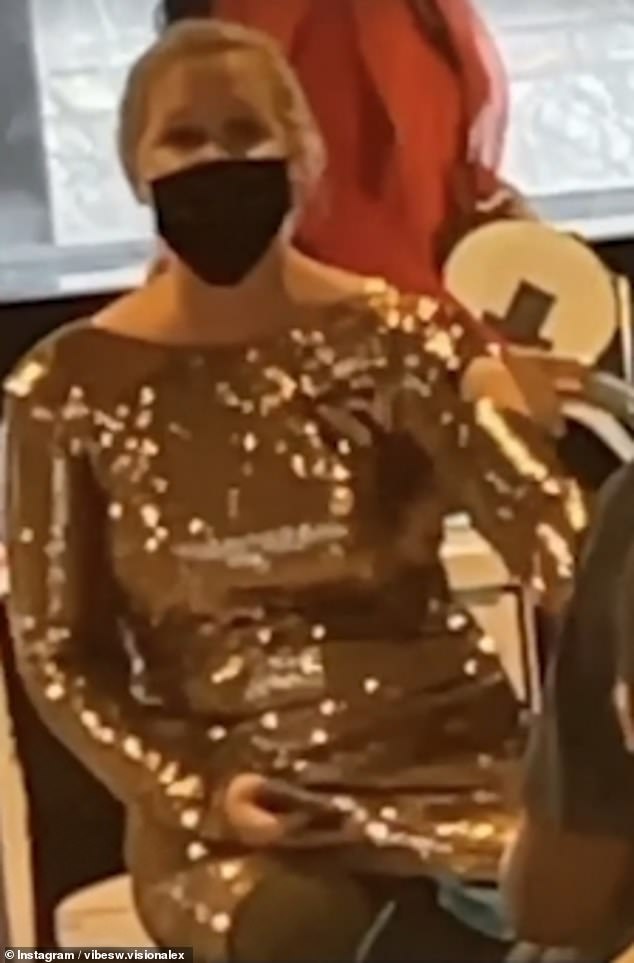 Dressed for success: The Trainwreck star shared video on Instagram of herself getting the first COVID-19 vaccine decked out in a gold sequin dress

Being an avid spokesperson for people to get the vaccine when their turn arrives, Schumer shared video of when she got her first dose last Sunday on Instagram.

And she did it in style, decked out in a gold sequin dress, as part of her push to get people to don their best suit or dress when they get their shot using the hashtag #downtogown to support Pencils For Kids. It provides classroom supplies, programs, libraries and schools to communities in need.

The comedian was able to get to move up the eligibility line due to her underlying health condition of Lyme disease, which she was diagnosed with last September. 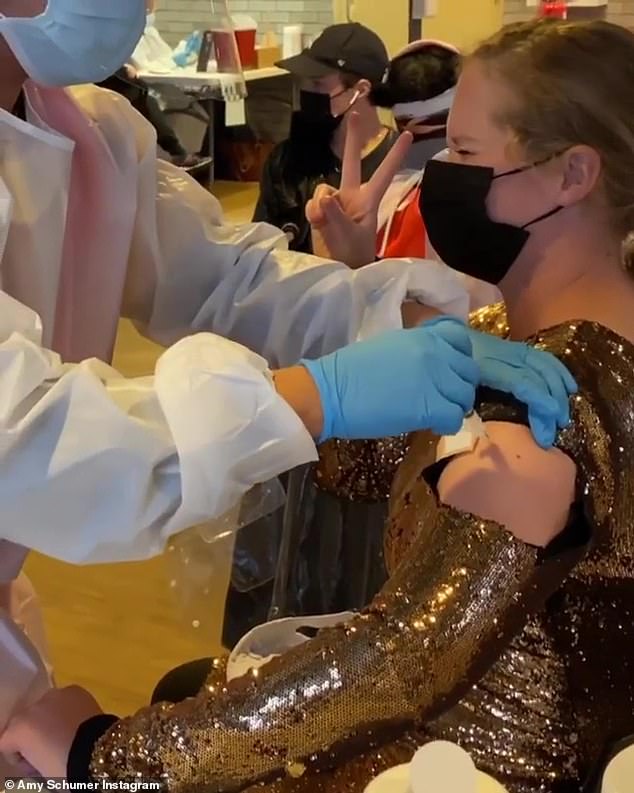 The comedian has been encouraging people to don their best suit or dress when they get their shot using the hashtag #downtogown to support Pencils For Kids, which provides classroom supplies, programs, libraries and schools to communities in need