Demi Lovato: Dancing With The Devil……The Art Of Starting Over (Polydor)

Cheap Trick: In Another World (BMG) 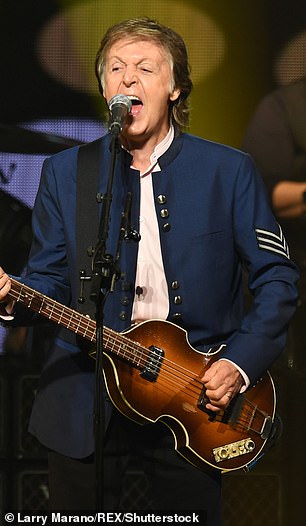 In December, the former Beatle released the back-to-basics McCartney III, the third in a trilogy of fully solo recordings. He has now gone back for a more expansive refit of the whole shebang

Revamping an existing album has become a popular pastime for singers with time on their hands in lockdown.

Unable to promote her Future Nostalgia LP by touring, Dua Lipa put out a dance remix of the entire record; while Taylor Swift has re-recorded her 2008 album Fearless, following the sale of her master recordings.

Now Paul McCartney is joining the club. In December, the former Beatle released the back-to-basics McCartney III, the third in a trilogy of fully solo recordings.

He has now gone back for a more expansive refit of the whole shebang, this time with the help of other musicians, including members of Blur and Radiohead.

There’s always a danger that such a facelift will be jarring. Dua Lipa’s remix lacked the spark of the original. This one, out digitally next week, is more captivating, with its 11 tracks — some remixes; other covers — adding greater light and shade.

A few tweaks to the existing running order help, with Beck’s upbeat take on Find My Way an excellent opener and the 11-minute Deep Deep Feeling wisely moved back to become an extended finale.

The Beck track is one of several that leave Macca’s original vocals more or less intact. Any similarities with last year’s version end there, though, with the Wings-like country-rock tune transformed into a 1980s-style floor-filler on which the American adds a new bassline and funky drums while beefing up the vocals by singing in harmony with McCartney.

Of the guests who opt for straight covers, the picks are Phoebe Bridgers, who reiterates her stature with a dreamy take on Seize The Day, and R&B crooner Dominic Fike, who keeps faith with the acoustic essence of The Kiss Of Venus.

Josh Homme sings superbly, but the Queens Of The Stone Age frontman clearly drew the short straw when he was allocated the lacklustre Lavatory Lil. 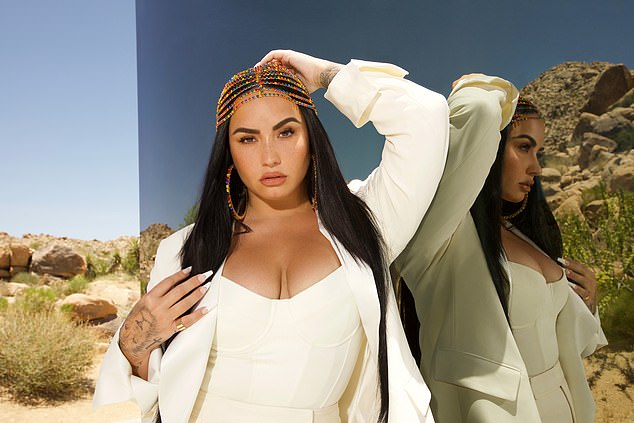 Fans will have to wait longer to hear the album’s final dispatch — another remix of Long Tailed Winter Bird, by actor Idris Elba. That’s being held for July’s CD and vinyl pressings, but these ‘imaginings’ show just how adaptable a Paul McCartney song can be.

The perils of childhood fame — and the pressure on young female stars to conform — are laid bare on Demi Lovato’s new album.

Once a Hollywood teen pin-up, Lovato was a foil to the Jonas Brothers in Disney’s Camp Rock movies. 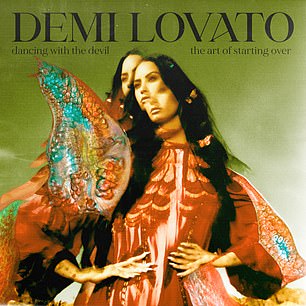 Her powerhouse voice led to a bubblegum pop career that ran aground after she developed a drug habit and suffered a near-fatal overdose in 2018.

With her life now back on track, she addresses her demons without resorting to self-pity on an album released in tandem with a YouTube documentary.

Lovato, 28, had shown signs of greater maturity on 2017’s Tell Me You Love Me, with her vibrato tone suited to R&B ballads.

But she leaves her teenybop days behind for good on this gripping concept album, its two-part title reflecting both her darkest hours and ongoing recovery.

The first three songs (the Dancing With The Devil bit) find her at rock bottom. Her voice cracks as she sings of loneliness on Anyone. The title track is an unflinching account of addiction, while ICU (Madison’s Lullabye) tells of waking up in an intensive care unit.

From there, she takes off on ‘a journey… one that sheds the skin of my past’.

The album’s longer second part (the Art Of Starting Over portion) embraces her second chance with purposeful pop and breezy, radio-friendly rock. These songs also allow her to flaunt her stunning, multi-octave range.

There are cautionary tales, too. The brilliant Melon Cake addresses an eating disorder, with Lovato recalling the pressure to make herself ‘Barbie sized … and I obliged’. In another verse, a flunky is fired for giving her a chocolate bar. 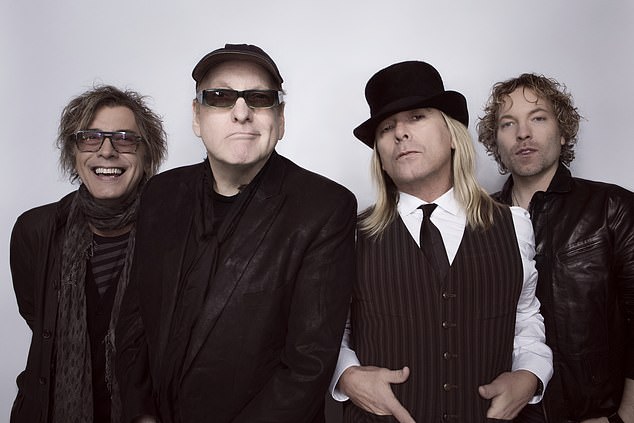 ‘We’re too dumb to quit,’ says guitarist Rick Nielsen of Cheap Trick. A Midwest institution since they began playing in Illinois bowling alleys and warehouses in the 1970s, the blue-collar rockers avoid new-fangled modern trimmings on In Another World

At 57 minutes (72 on its deluxe edition), Dancing … inevitably contains filler.

A cover of Tears For Fears’ Mad World feels bolted on. But this is a welcome return from a singer now happily ‘in a good place’. 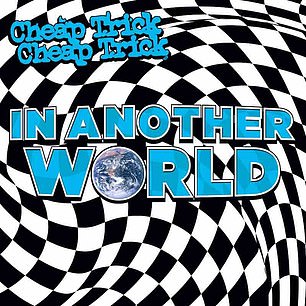 A Midwest institution since they began playing in Illinois bowling alleys and warehouses in the 1970s, the blue-collar rockers avoid new-fangled modern trimmings on In Another World.

There’s nothing here as memorable as 1977’s I Want You To Want Me, but it’s an enjoyable ride.

The Summer Looks Good On You holds out hope for better days, and Light Up The Fire is an otherwise unremarkable AC/DC pastiche lifted by a big chorus.

They also cover John Lennon’s Gimme Some Truth with punky gusto, right down to a cameo from Sex Pistols guitarist Steve Jones.

The Demi Lovato and Cheap Trick albums are out now. McCartney III Imagined is out on April 16.

Lockdown: The Who and a bit of welly

Ahead of this month’s expanded reissue of 1967’s The Who Sell Out, the group have released a three-song digital EP as a taster for the album. 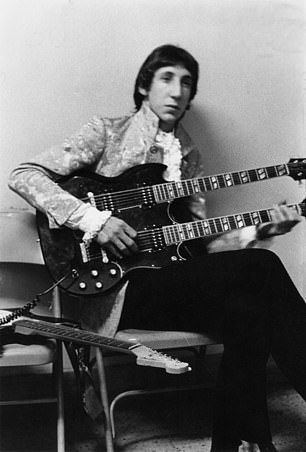 The Stereo Bonus Tracks reiterates what an exciting outfit they were as they made the tough transition from adolescent singles act to the grown-up albums band behind rock operas Tommy and Quadrophenia.

The EP contains an extended version of I Can See For Miles — a typically belligerent response to hippy-era psychedelia — and a raw, bluesy take on Magic Bus, a 1968 single that was written three years previously and features Keith Moon on Latin percussion as well as drums.

Fellow mod Paul Weller is also back, with two tracks from next month’s Fat Pop (Volume 1) album. Cosmic Fringes is all twitchy electronics and guitars.

Glad Times is a soothing ballad. It’s only ten months since his last album, On Sunset, but Weller says he would have ‘gone potty’ in lockdown had he not written more songs.

And Rag’n’Bone Man duets with P!nk on today’s Anywhere Away From Here, the latest single from his forthcoming Life By Misadventure album.

Unlike January’s All You Ever Wanted, which abandoned his bluesy sound for indie-rock guitars, the piano-led number is an anguished ballad with a gospel feel. A.T.

I Employed More Christians Than Muslims As My Staff – Isa...